We’ve found that there’s a lot of misconceptions about Spain, which can lead to travel planning that is less than ideal. If you like to find that great time for when to visit a place, there are factors to consider, like weather, crowds, and travel budget. They’re just a few that we consider here and would like to give you some insider information on. While it’s already summer time now, you can keep these tips in mind for visiting Spain next year or for whether or not you spontaneously visit us this summer! 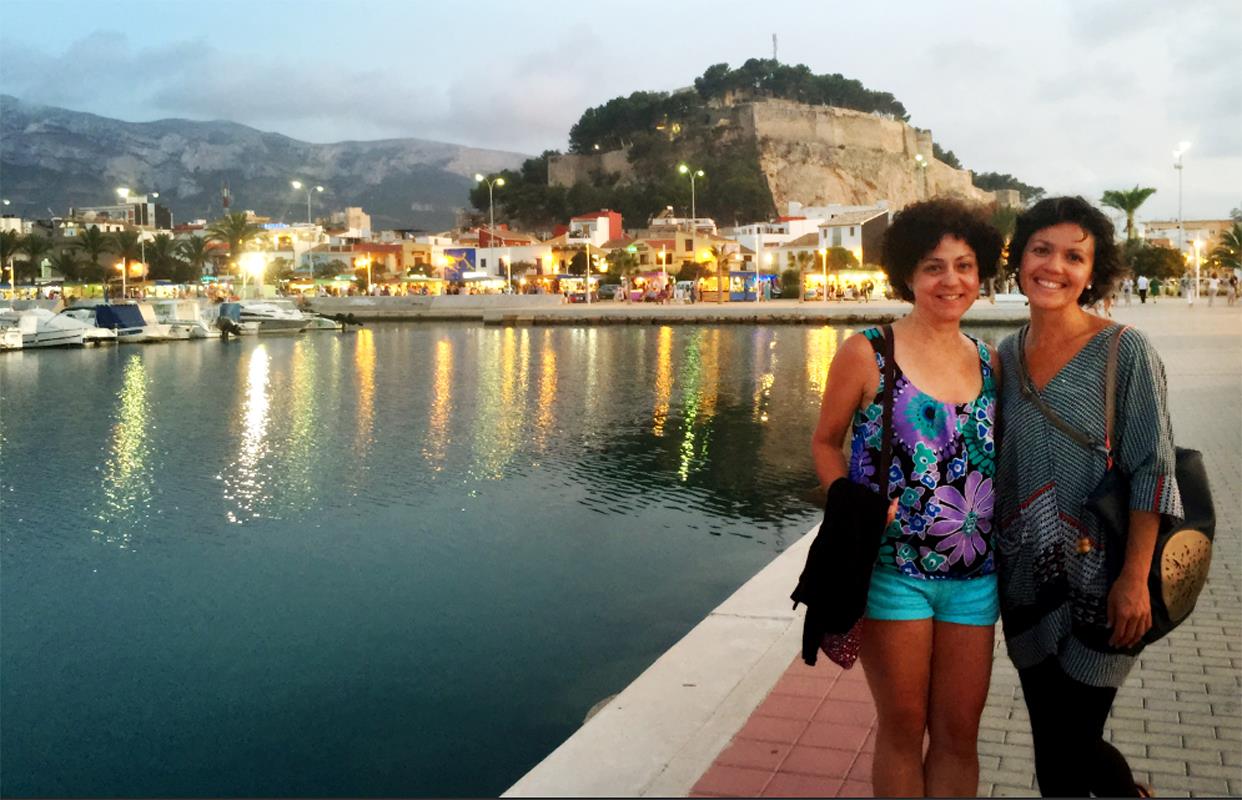 We’ll get right to the point – we think that the last weeks of June and first weeks of July are the best time of summer to visit Spain. But the ‘why’ and ‘how’ is what to read on for so that this is great Spain-visiting time for you too. For being a ‘smaller’ country, Spain is actually quite diverse in terrain and climates. The area of Spain that we know best is where we’ve been living for the past year, the Mediterranean Coastal area know as the Costa de Azahar and the Costa Blanca. They extend from the wonderful port city of Valencia, south to Alicante and further. 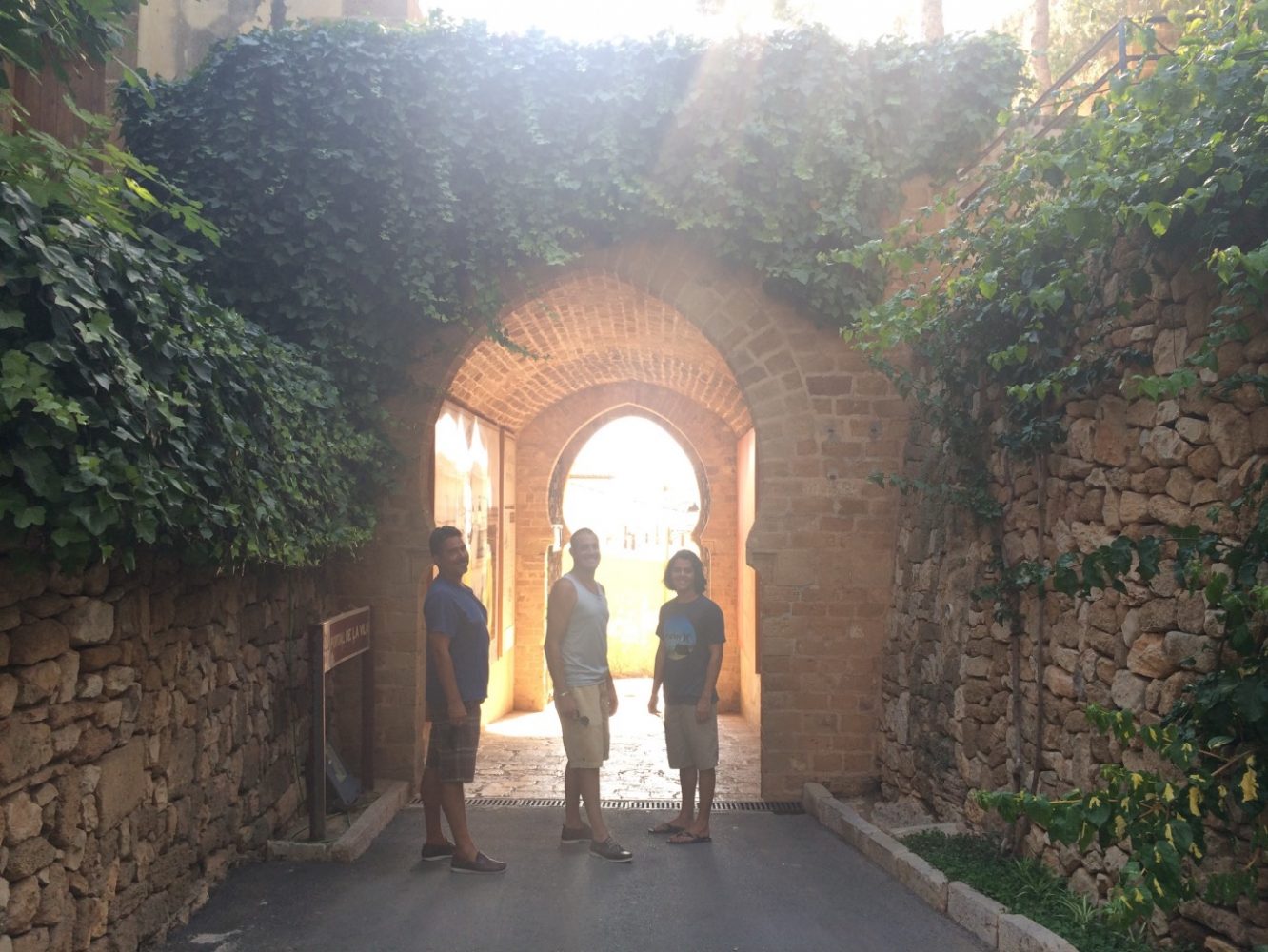 Our recommendations here also apply to other coastal areas of the Med and even for cities inland, like Madrid, Zaragoza, and Barcelona. These parts of Spain tend to get quite warm in later summer and yet cold in the winter. The regions further north, like Asturias and Galicia for example, are more ideal to visit during later July and August. 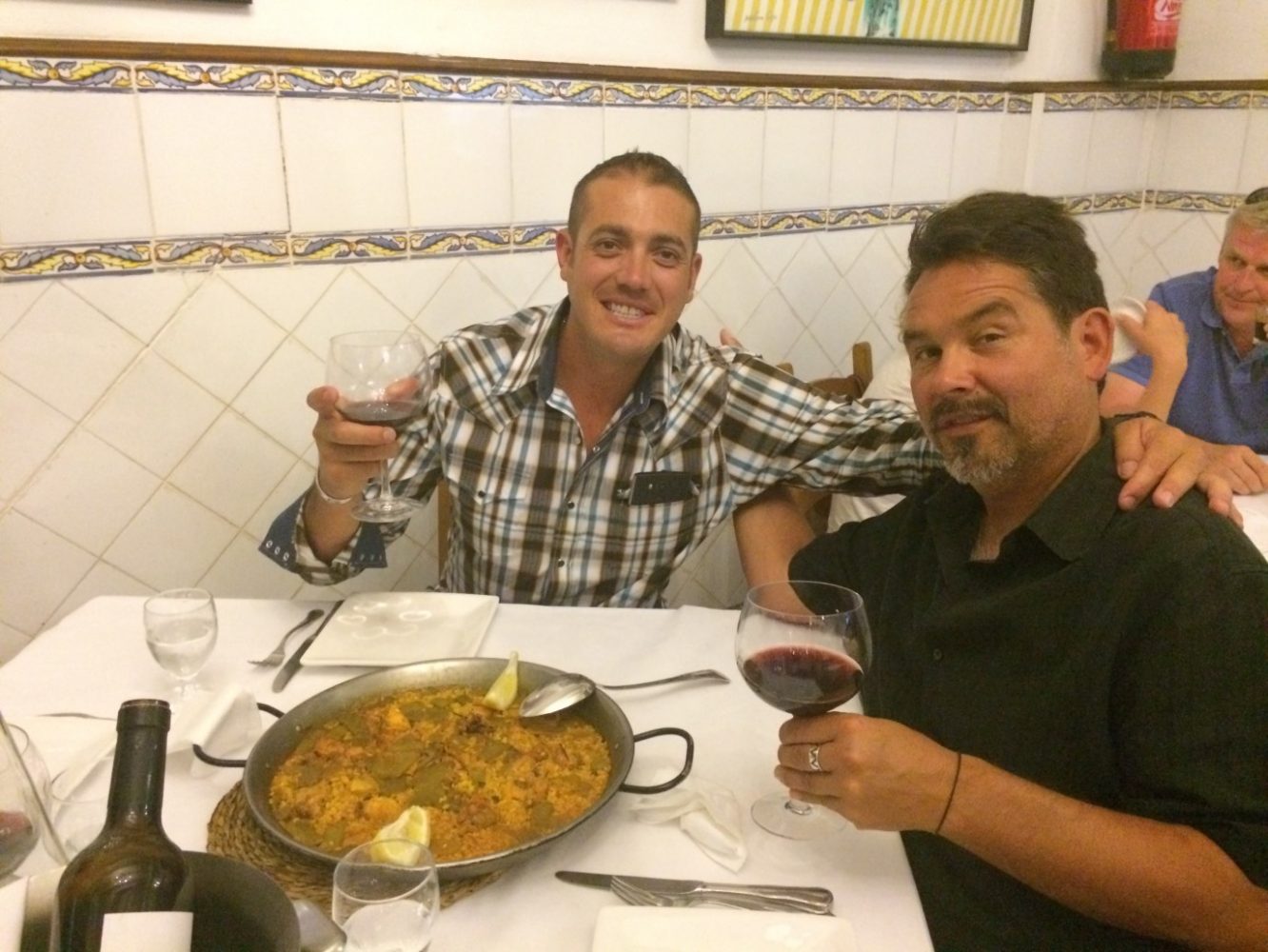 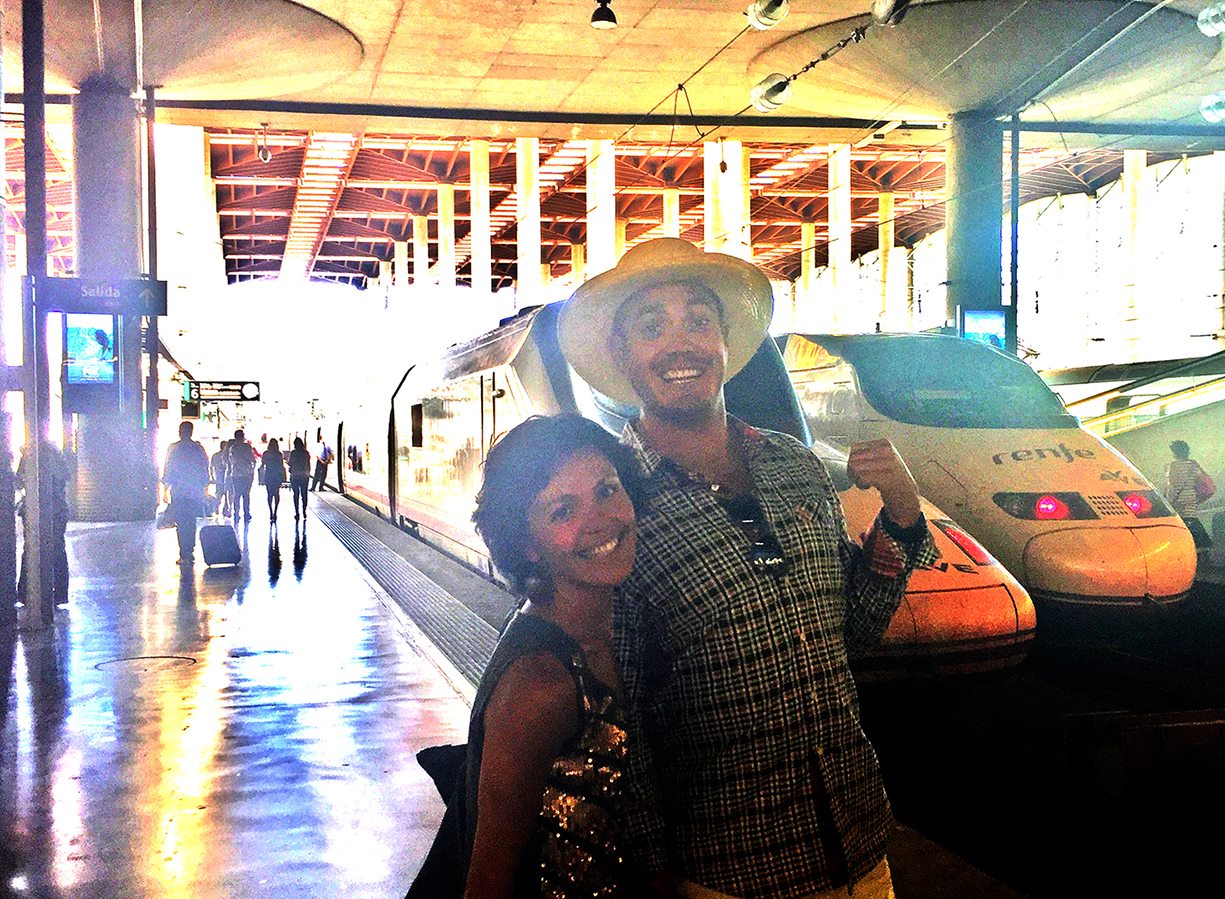 Click to read our first-hand experiences of visiting Asturias.

Best Time of Summer to Visit Spain for Great Weather 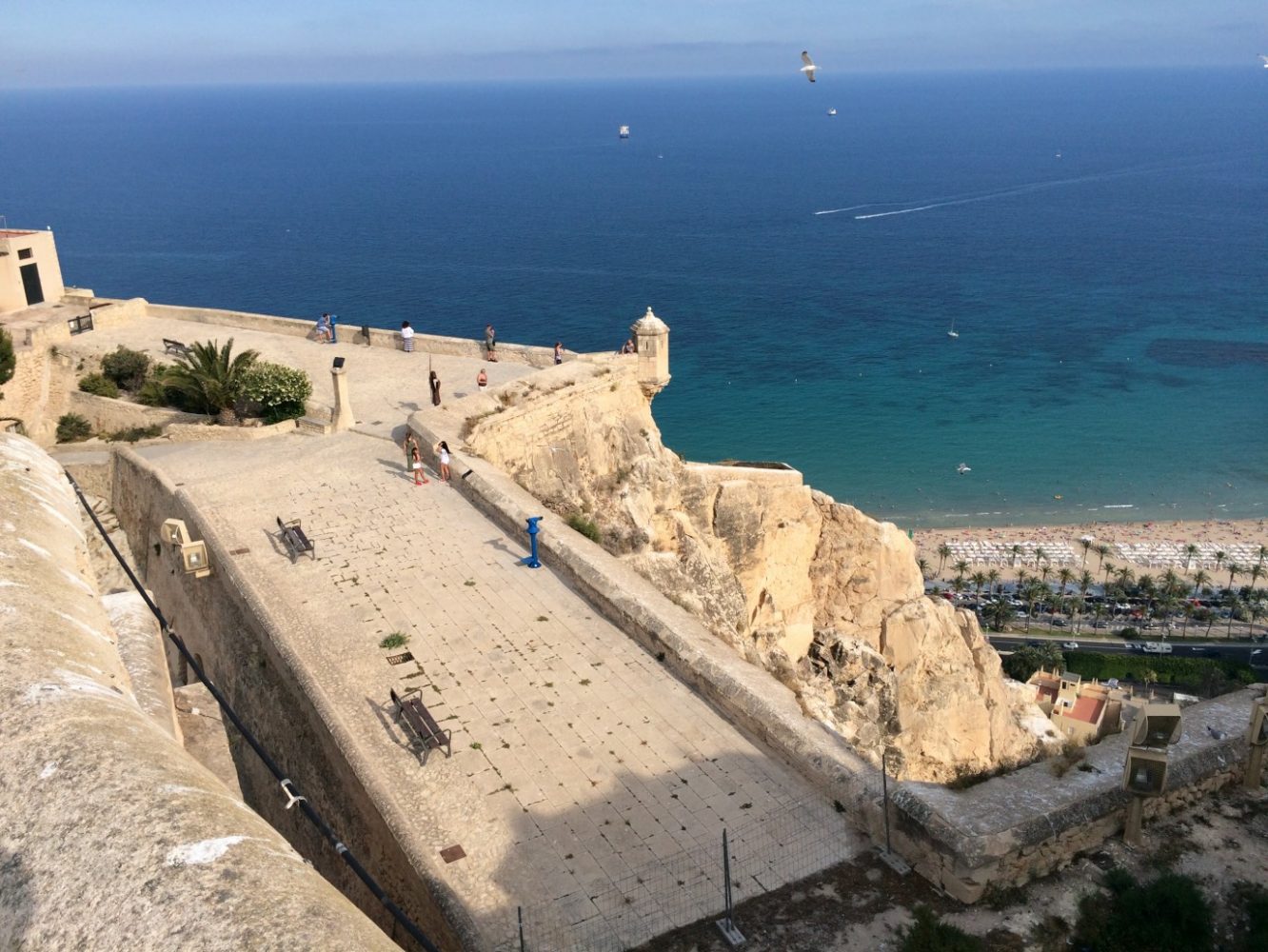 We’ve experienced that most of Spain actually gets pretty cold, even along the southern coastal regions. The Mediterranean Sea itself is actually very deep, which keeps the water quite cold, even in summer. Now, in our area of Valencia and Alicante, it doesn’t get cold enough to snow or anything like that. But the breeze and air stays chilly even into spring and early summer weeks of June. In the winter, there are occasional freezes every handful of years and inland in the mountains it can snow lightly. 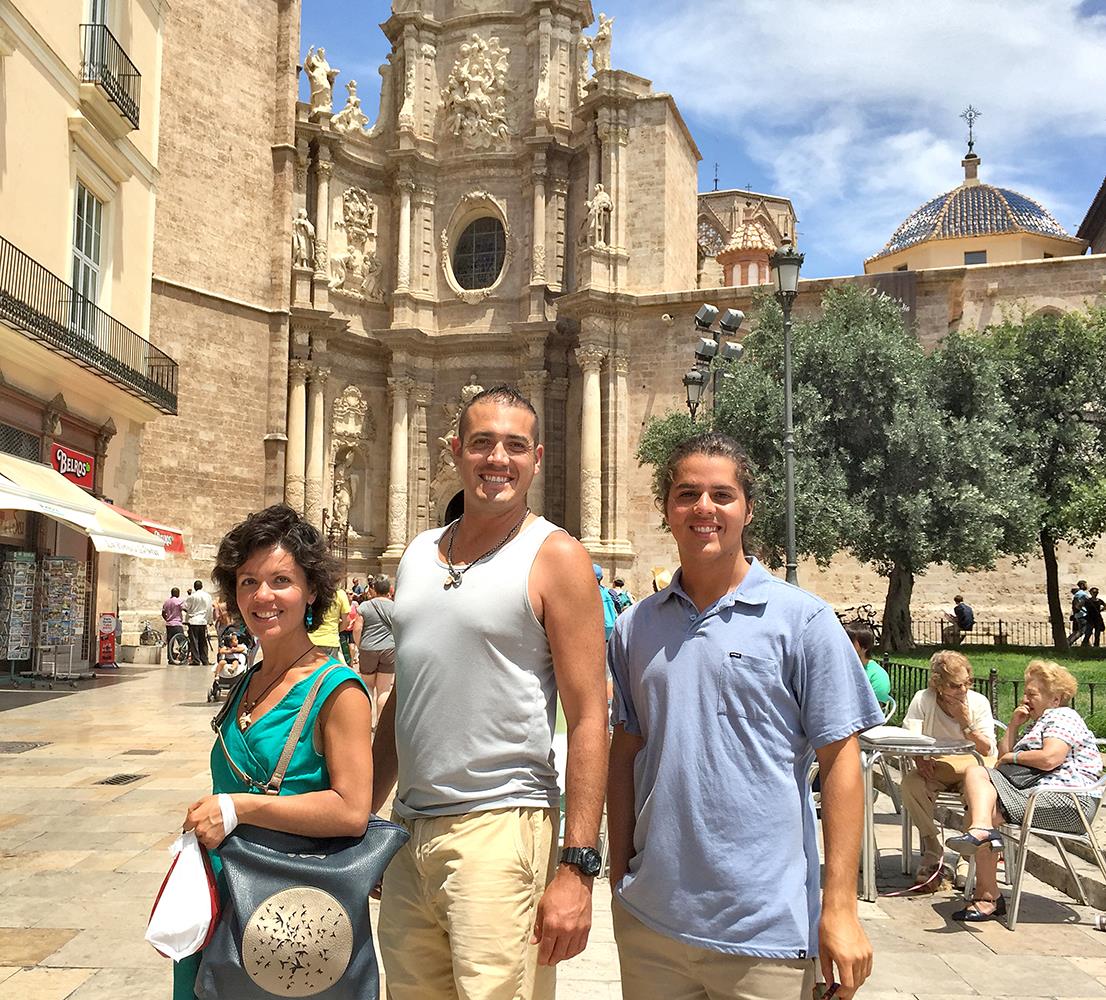 The air is very humid, especially from the Sea, so the cold is wet. You can feel it down to your bones. Many of the areas here along the Sea are quite windy too. Especially our charming town of Denia. It’s become very popular for kite surfing because of the intense wind and consistent frequency of them practically every afternoon. 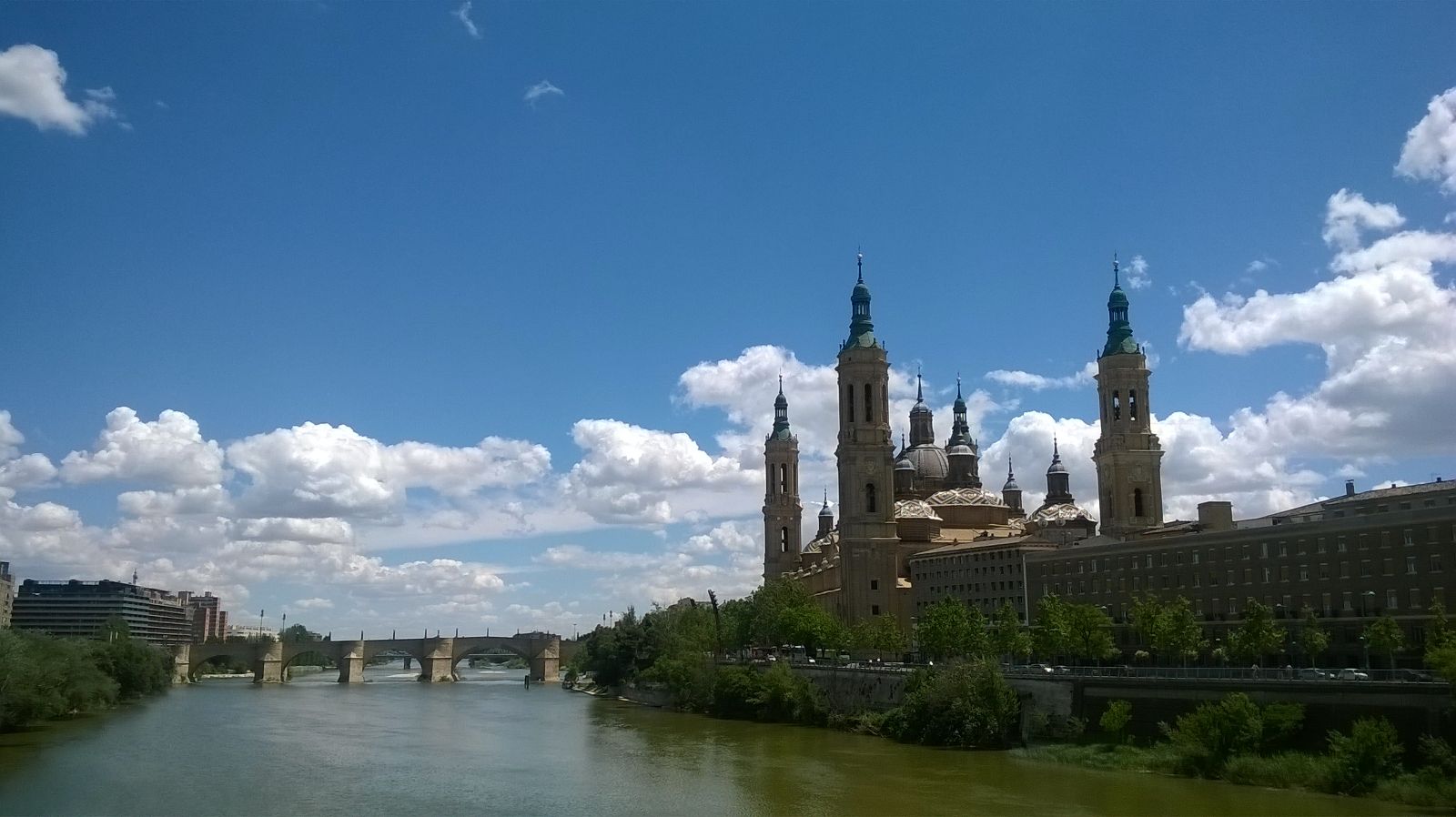 But we’re noticing that going into the first week of July, the wind is not coming up as frequently and the air and breeze are warmer. The waters of the Med are finally warming up so you can stay in longer and the temperatures are perfect – not too blistering hot, but just right, with a pleasant soft breeze and warm sunshine. The average high since the last week of June has been 26 – 27 degrees celsius (80 – 82 degrees fahrenheit). At night it can cool down some, but overall is so pleasant.

Best Time of Summer to Visit Spain for Less Crowds 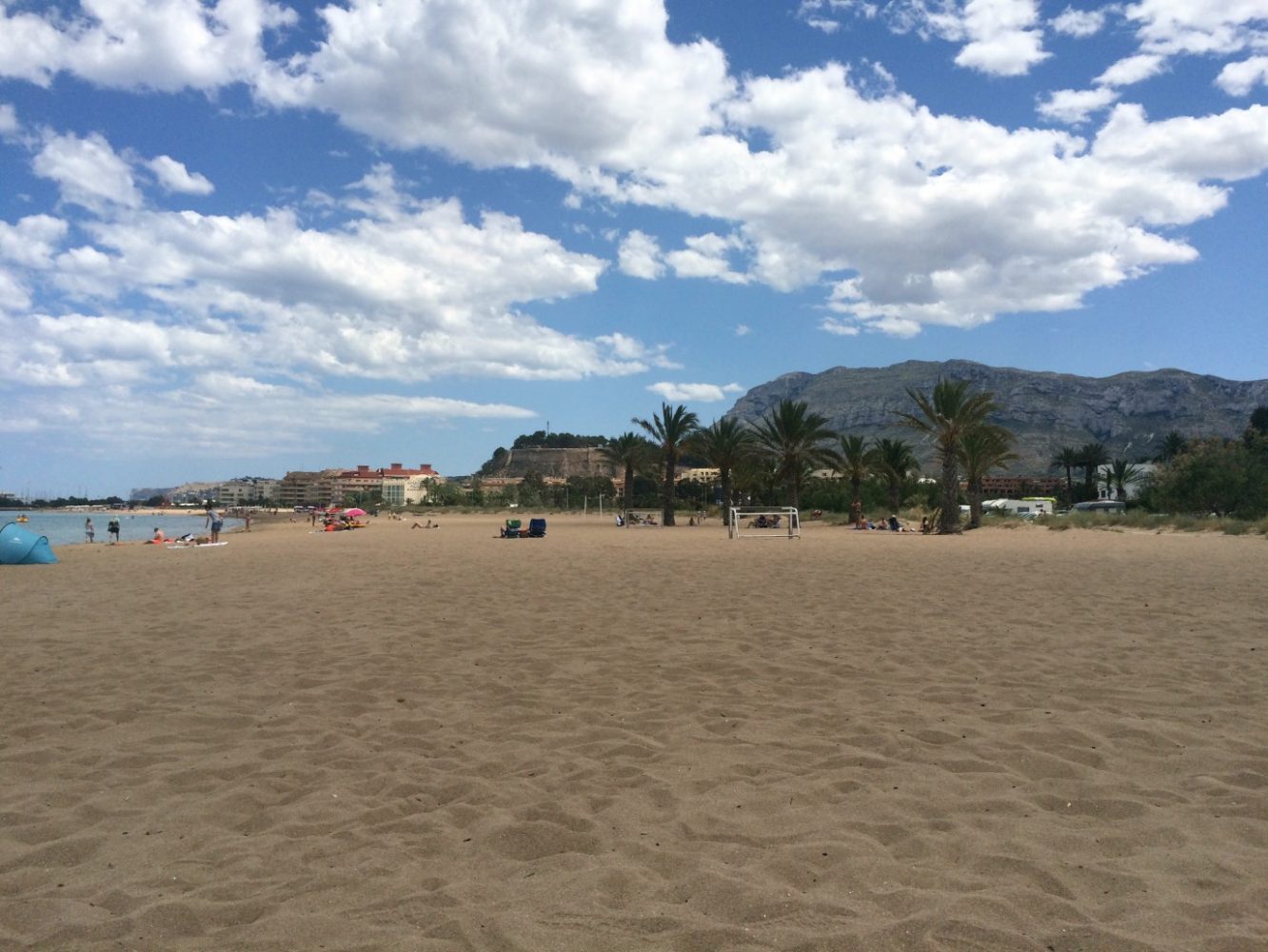 We love our beaches here in Denia! There’s our front yard, Las Marines, the close-by Playa de Denia, which is next to the Marina el Portet and closest to the town’s historic center, the perfectly curved bay of Beach La Marineta Casiana next to the Marina de Denia, and the neighboring gorgeous rocky shores of Las Rotas. The biggest reason we love them, aside from how pristine and beautiful they are, is that all of them do not get very crowded…that is, they don’t get crowded like we know how beaches can get crowded in places like L.A., Miami, San Diego, Valencia, Benidorm. But then, you also have to know when to come. 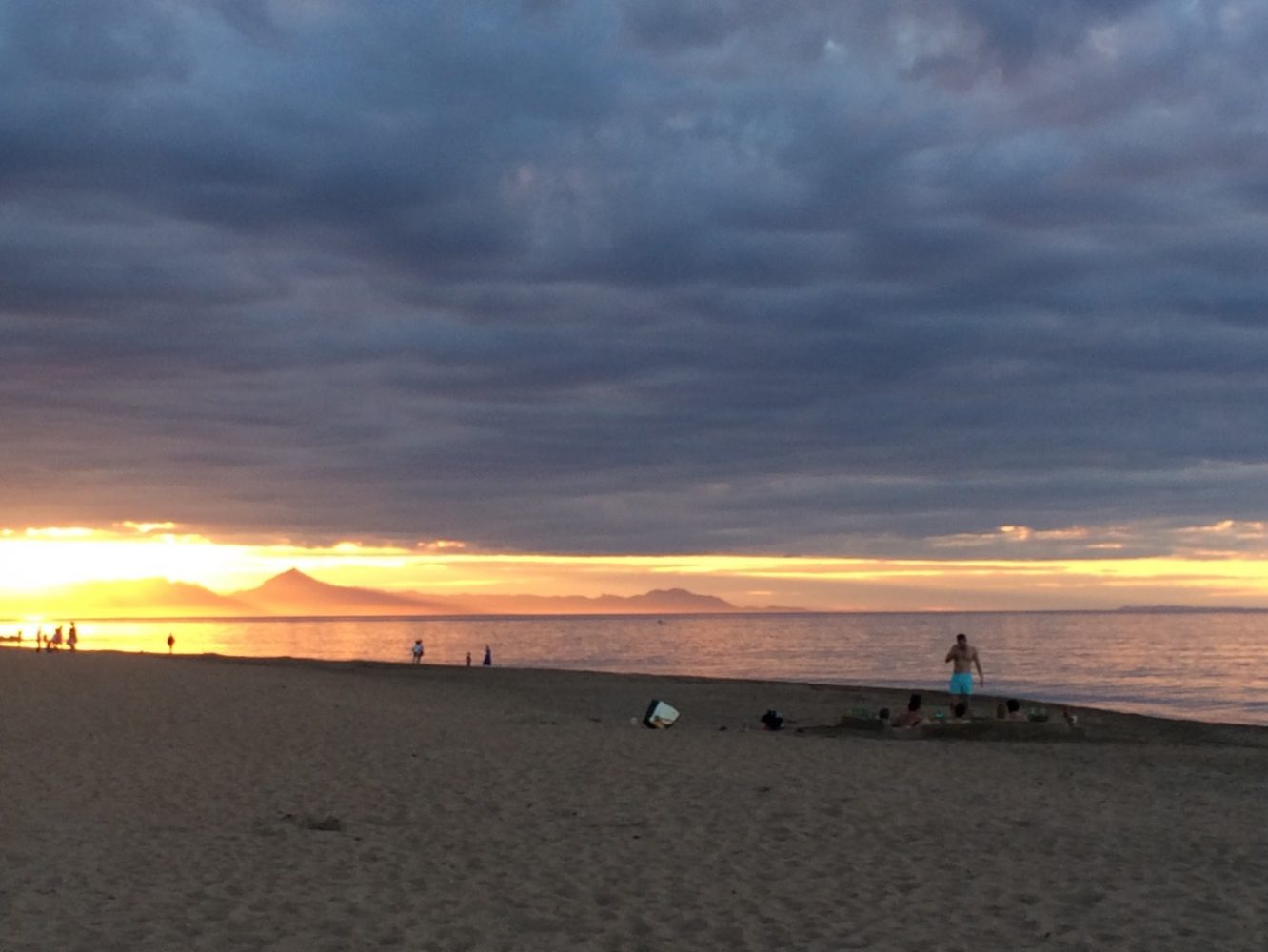 In August, they will be crowded. Still, not as crowded as other popular beaches in Spain and other parts of the world. But let’s all remember that August is when most of Europe takes vacation. And most take off the whole month! They know how to enjoy vacation over here.

Thus why we love these last weeks of June and early weeks of July. We are noticing more people of course as the days get closer to August, but it’s a pleasant amount of people. Everyone is relaxed and easy-going. There’s room on the beach to be close to the water and have room to spread out your beach blankets, towels and chairs. And the water is never too crowded either. Even when certain areas get an influx of people, it’s easy to find another part of the beach close-by or in the water to enjoy with less people. Overall, we do find that Las Marines has been less crowded than Playa de Denia next door.

Best Time of Summer to Visit Spain for Travel Budget

It’s probably no surprise, since Europeans take off the month of August to vacation, that August can be the most expensive month to travel in Spain. This applies to transportation, accommodations and food, just to name a few.

While June and July won’t be as inexpensive as official ‘off-season’ months, it will be relatively more affordable and travel-budget-friendly than vacationing in Spain in August. Since moving to Spain, we’ve found that the cost of living and quality of life are fantastic and far less expensive than what foreigners, especially from the US, believe it to be here. Maybe we should keep that a secret so they don’t all flock to live in Spain!

Along with choosing dates in the end of June and beginning of July, keep in mind basic travel-tips for being on a budget:

Best Time of Summer to Visit Spain for Festivals

Who wants to visit Spain and not experience their famed festivals? During the end of June, on the evening of the 23rd, are the bonfires of San Juan. This commemorates the Day of San Juan which is on the 24th. All along the beach, people set up picnic tables and bring wood, dig a hole, and have a bonfire. It goes from around 20:00 till the wee hours of the morning. We did hear rumors that this may be the last year that Denia allows the bonfires, because it’s too hard to control and too dangerous.

The Denia Festival, Bous a la Mar, takes place in early July. This year it starts on July 9th and goes until July 17th. It celebrates week of the Holy Blood, not to be confused with Holy Week which is in the Spring. We were surprised by the main event they hold for this festival – they let loose bulls that run through the town! And yep, you guessed right…tons of people run with them, chasing them into the sea at the marina’s edge. From pictures we’ve seen, it looks like many of the runners end up in the sea with them. A lot of people don’t know that Pamplona is not the only place in Spain to run with the bulls, but here we are, about to experience it in Denia. Click to watch our video about Denia’s Bous a la Mar. 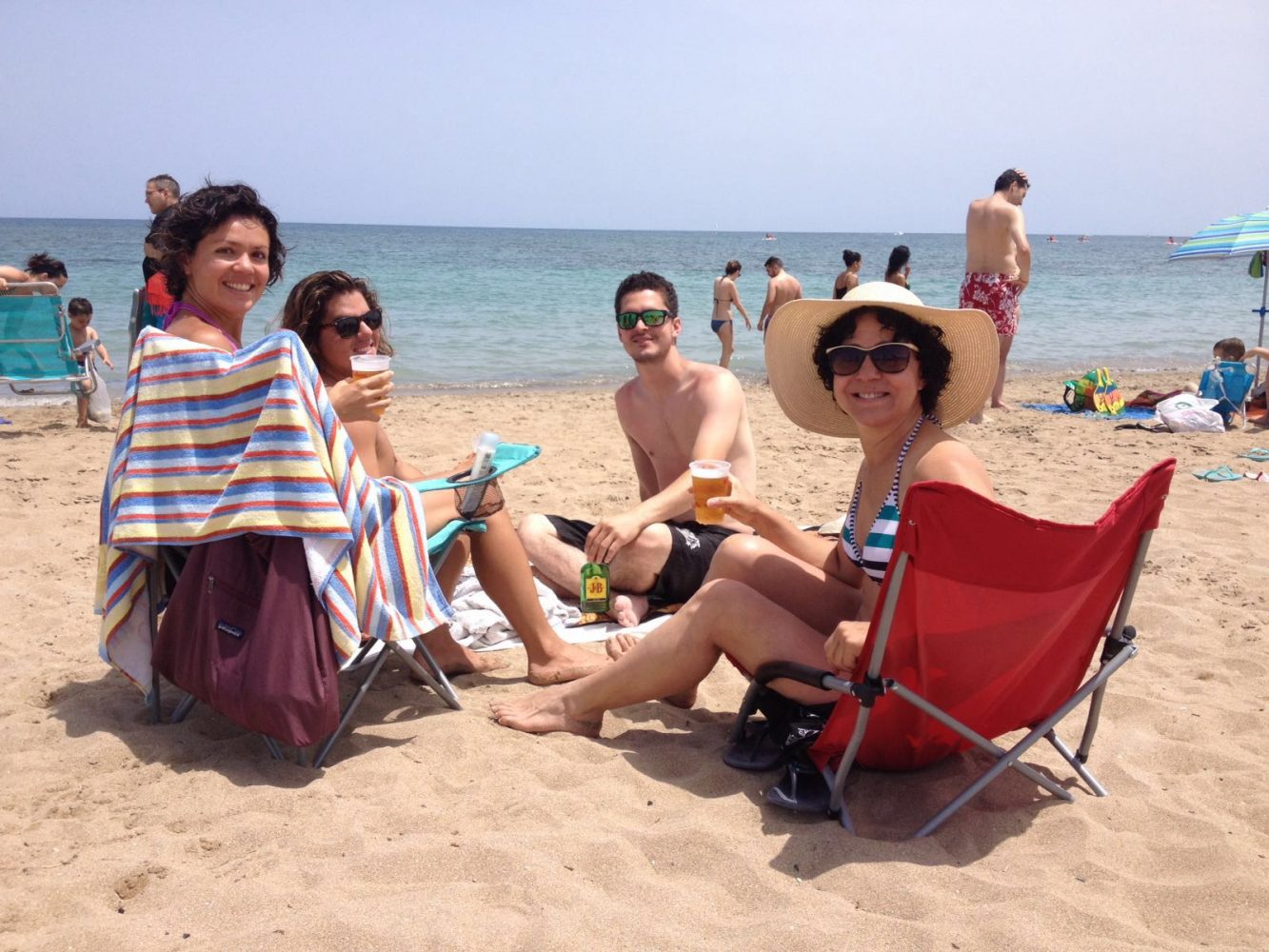 When have you visited Spain? What times to visit are your favorite that you would recommend? We’d love to hear from you – please comment below!