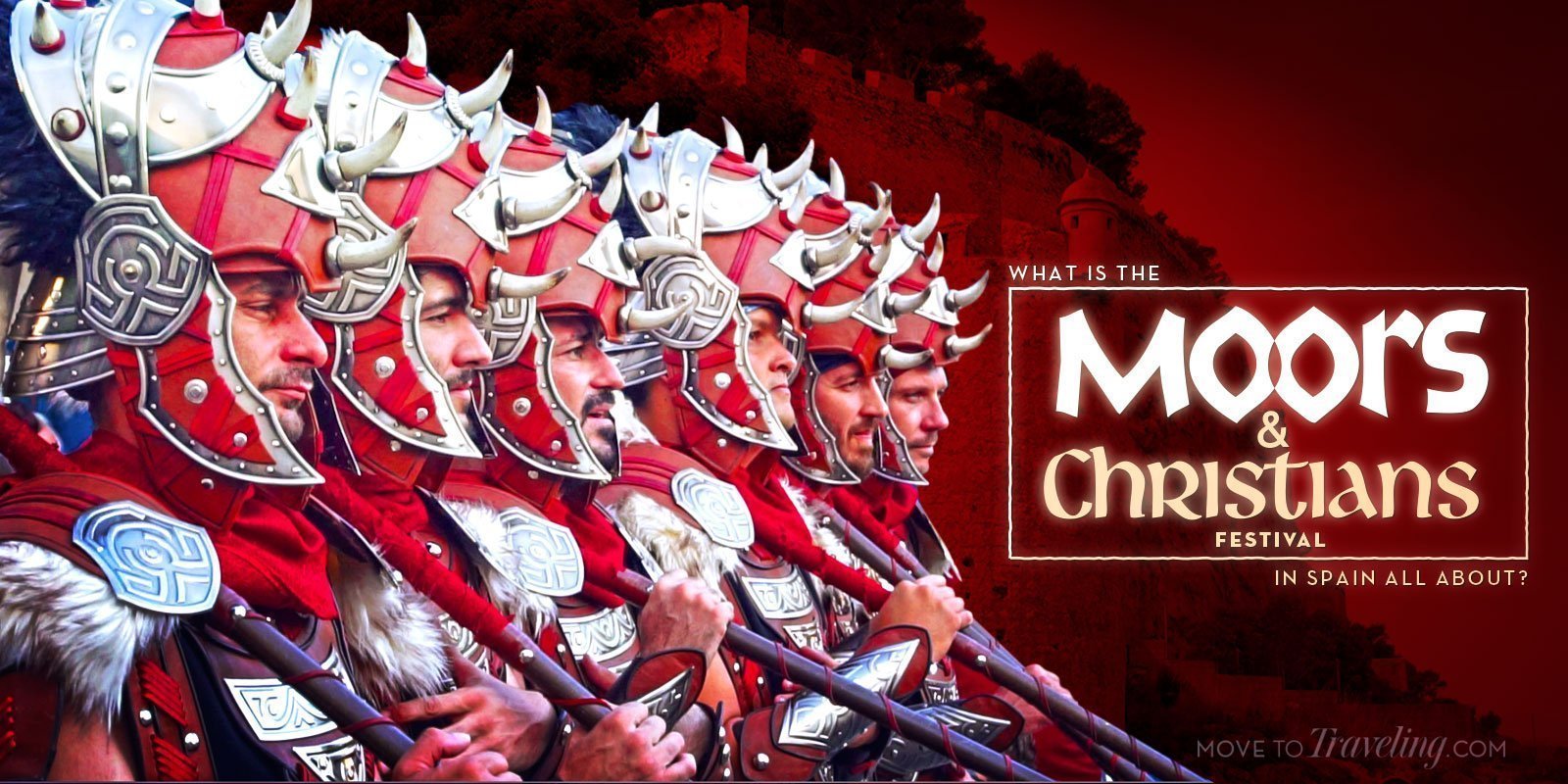 We feel like we’re finally getting our heads around the magnificent Moors and Christians festival in Spain and what it’s all about. It’s specific to the region of Valencia and also takes place in some parts of Andalusia. Each year we learn more about it, despite all the events for it that we’ve missed. Turns out that there are several days worth of events and in some towns, they even have related events throughout the year.

It’s an exciting festival of Hollywood movie-set proportions. From intricate costumes to battle reenactments and parades, it’s definitely a great time. The good news is, there are various places and times of the year that you can experience it for yourself.

Want to feel like you’re front and center to this festival’s incredible parade?

The History of the Moors and Christians Festival 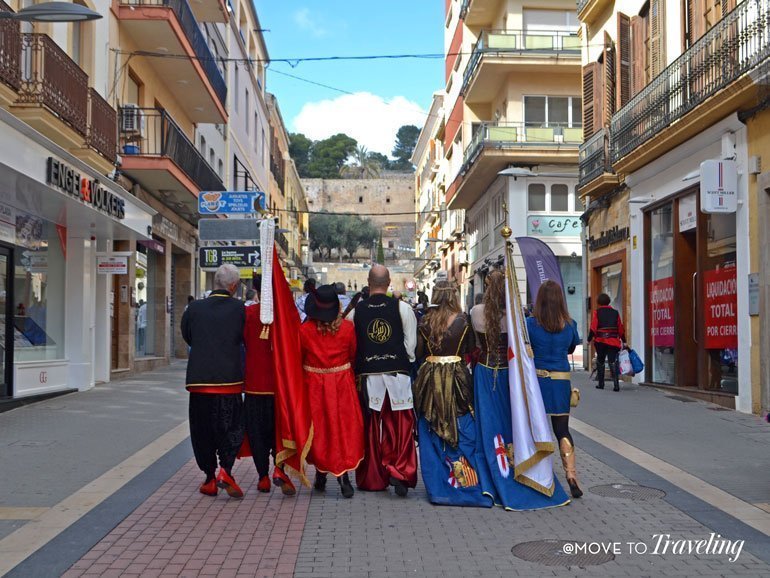 Above Image – The captains during the smaller procession in the winter in Denia.

Of course a great festival means some epic history. The Moors and Christians festival has been celebrated since the 16th century (talk about a long tradition). It commemorates the Reconquista, or reconquest when the Christians took Spain from the Moors in the 13th century. 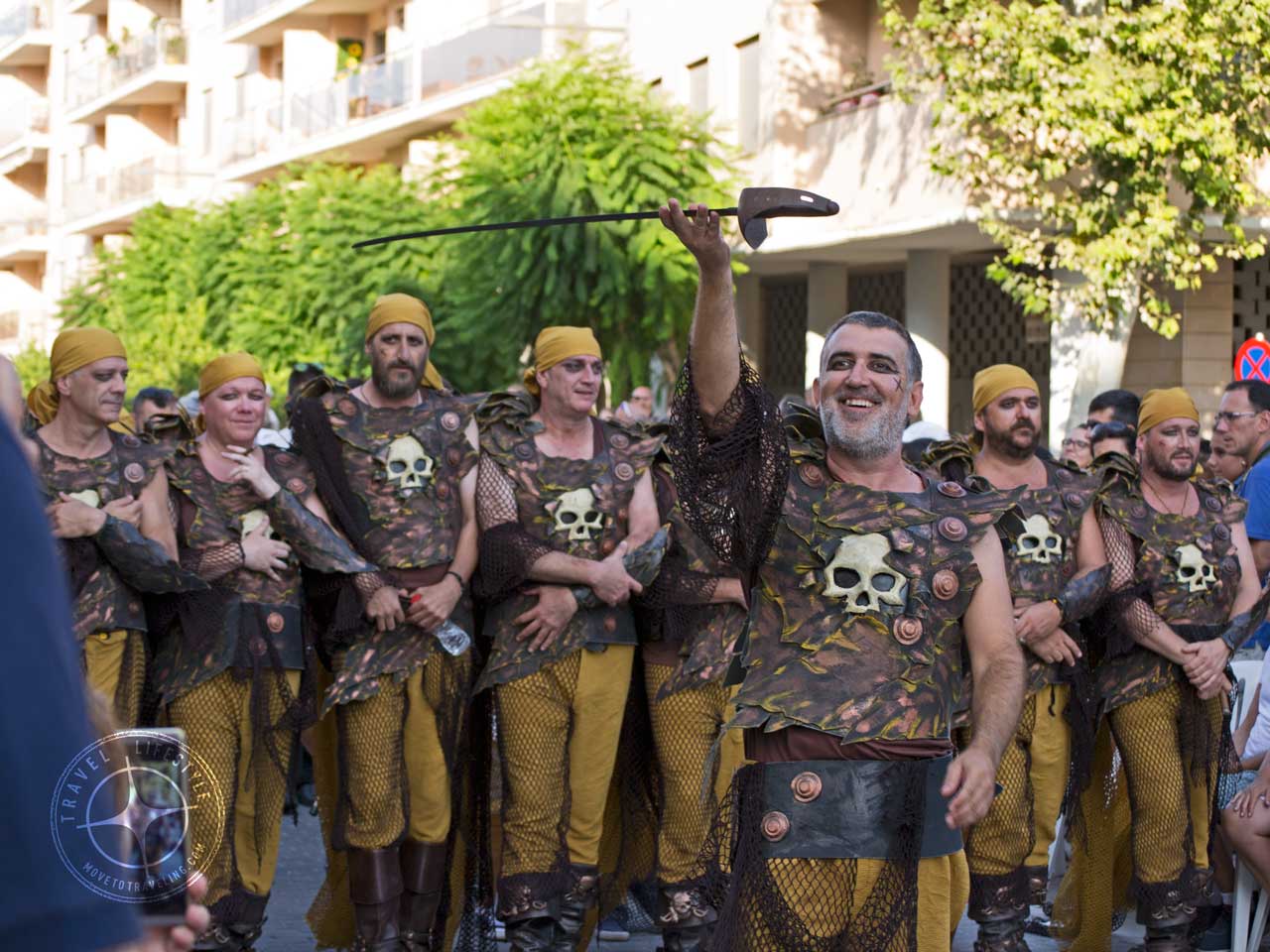 Above Image – Pirates parading through Denia. Yep, they were around then too.

What’s really interesting and fun is that each town that holds this festival has its own distinct time of the year that it’s celebrated and their own variation of how things are done. The main things they all share is that they decorate their streets with beautiful lights and the patron saint of the town is honored as part of the festival. Each group also has their own band that plays music as they march in the parades and when they reenact battles.

One of the biggest aspects of the festival is the costumes. They are seriously impressive and so is the makeup. The participants are many times involved as an entire family and many families have been doing it for generations. Each year, the groups compete against each other for the most splendid costumes and parade floats. This is also something that they work on year-round. 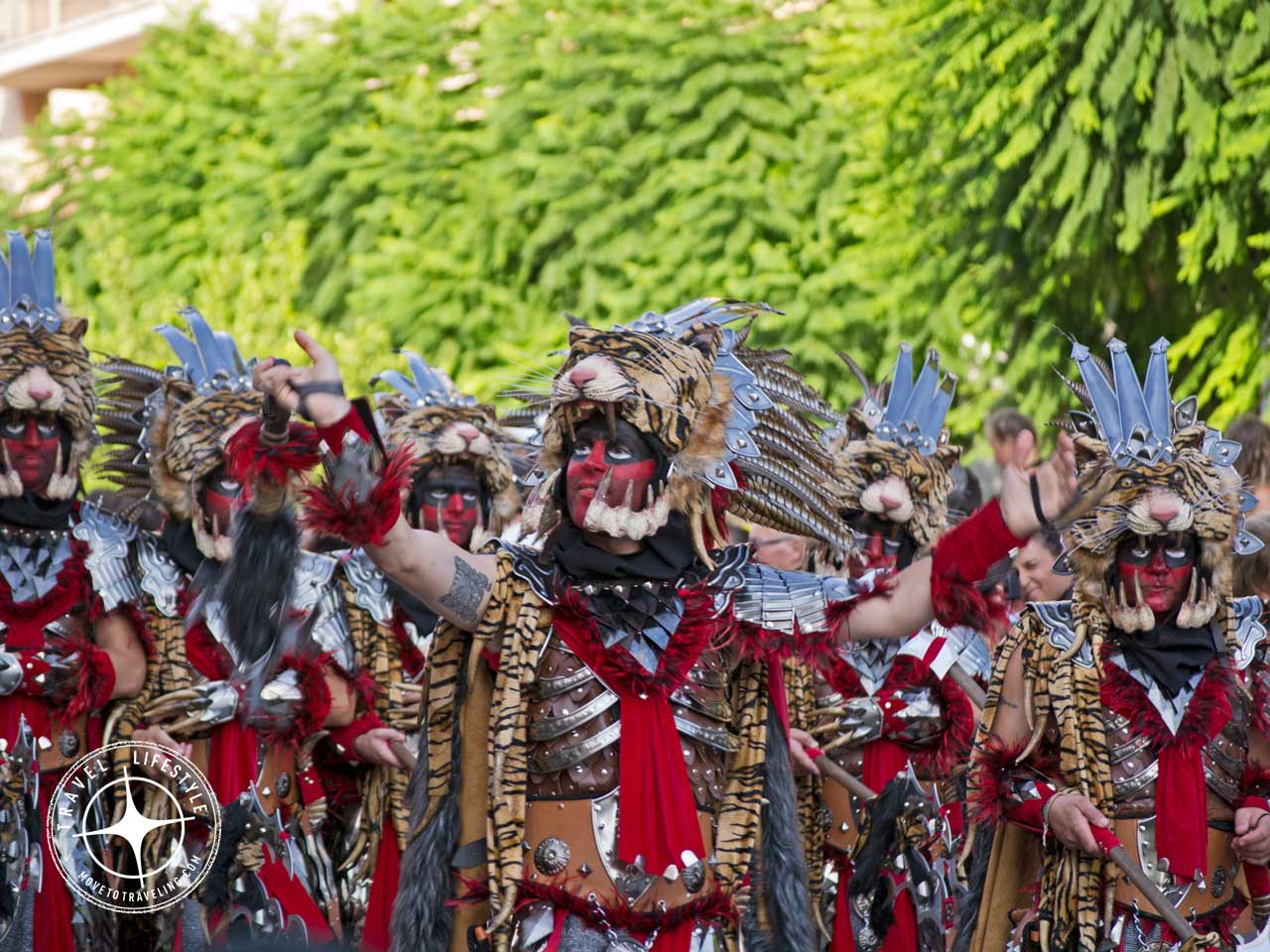 Over a period of days, there’s numerous activities going on. The first event is usually the arrival of both armies in the city. For the coastal towns, like where live in Denia, this is reenacted by the Moors arriving by boat along the beach. Part of the scene is that a peace treaty is attempted to be signed, but fighting breaks out and a battle reenactment takes place.

Then there is of course a huge parade which for us is the pinnacle of the whole festival. All the groups participate and really show off their costumes and weapons. There’s people on horseback, dancers, pirates towing prisoners and reenacting fights, and, of course in true Spanish fashion, tons of loud gunpowder blasts.

Towns with the Best Moors and Christians Festival 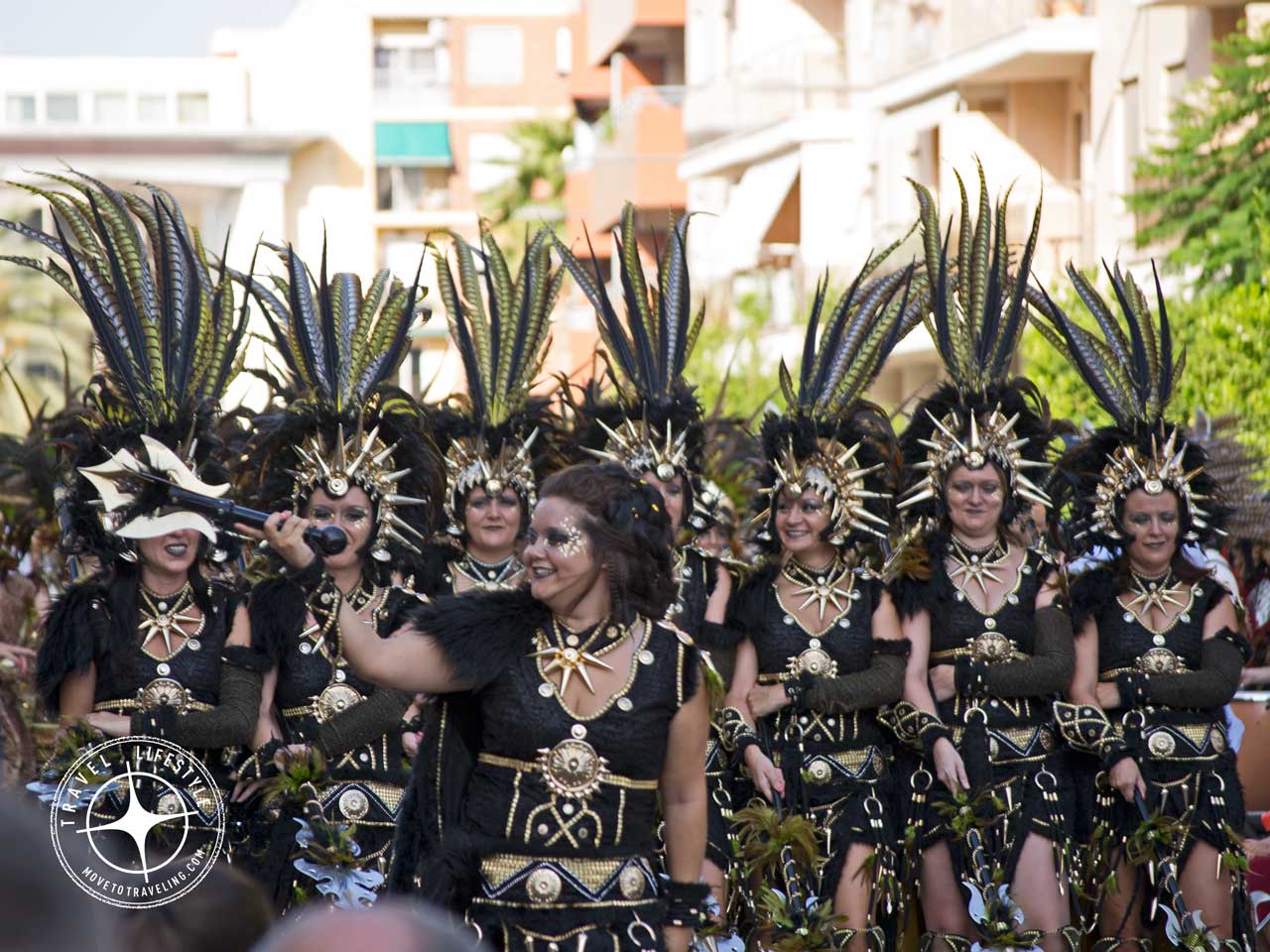 Here are some of the towns that are great for experiencing the best Moors and Christians Festivals in Spain. Of course, we’re going to start with our beloved home base of Denia (you bet we’re biased – we love this place!).

Denia’s Moors and Christians festival takes place in the middle of August, usually the 13th through the 16th. But those are just the three main days. There are events throughout the week leading up to it, like the huge paella cook-off that takes place in the main street of Marques del Campo.

Denia has two great elements that make the reenactments even more amazing – the beach and a castle. Different from some other towns, the arrival of the Moors by boat takes place in the evening of the first main day, while in other towns, it takes place early in the morning. Then there’s a children’s parade (which is really cute) and the main parade, which is truly like a spectacular pageantry.

The town’s patron saint of Saint Roc is also honored throughout the festival and on the last day with a mass. And of course, the end of the festival is commemorated with a huge fireworks show in the middle of the night. There is also a mid-year event usually in February that is a more simple and smaller procession of the groups in basic costumes (not the full getup). We’re not really sure yet why they have it, but it’s fun to see. 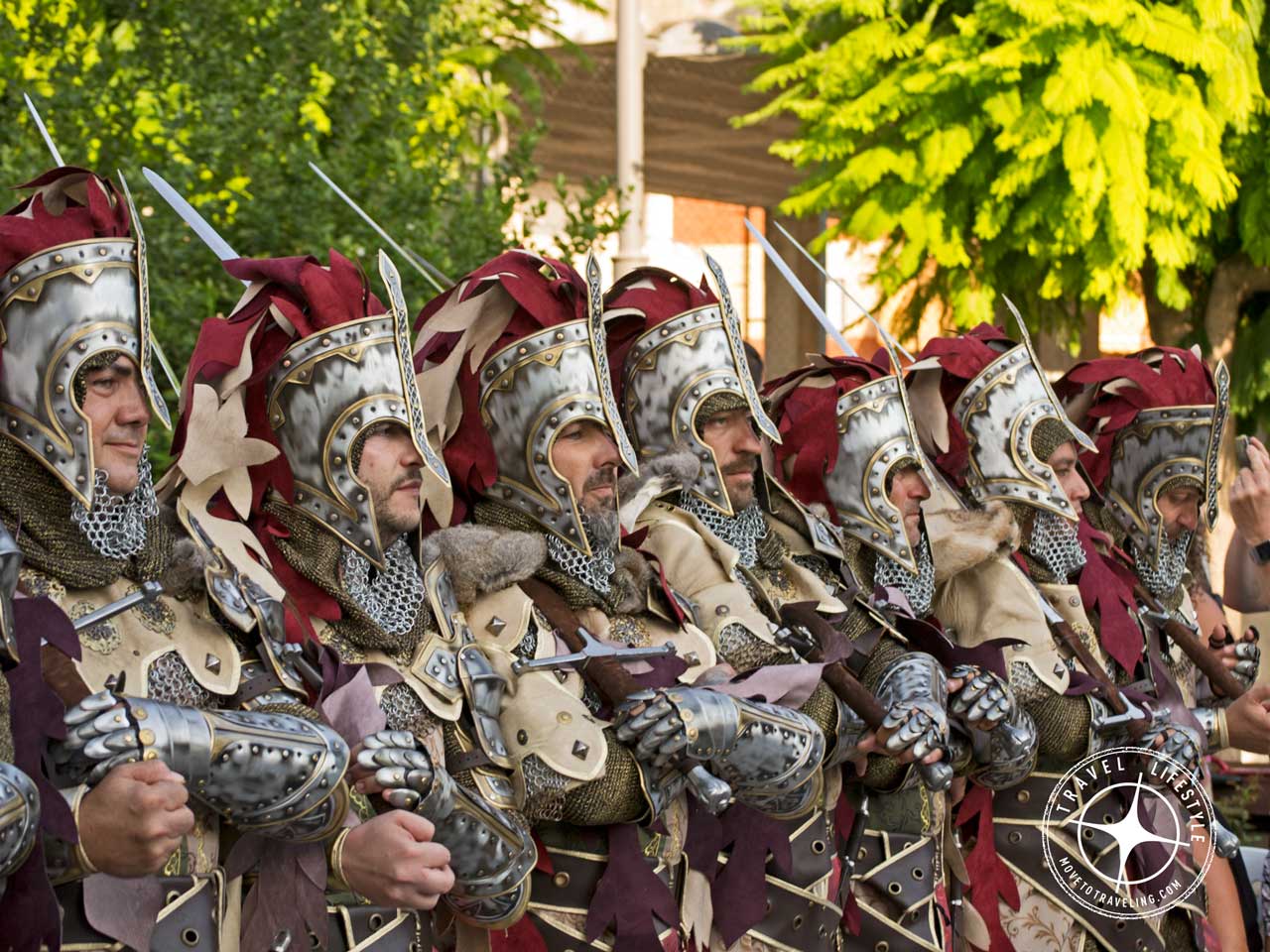 The town of Alcoy (also spelled Alcoi) is located in the mountains of the Marina Alta and inland from Denia. It’s known as having the best Moors and Christians festival of all and is an International Touristic Interest. They have it sometime in April of each year.

Their parade is of epic proportions, with around 5,000 participants. The first day is when the parade takes place. Then on the second day, their patron saint of Saint George (San Jorge) rides around on horseback, dressed in an elaborate costume. On the third day are the battle reenactments, complete with loud gunpowder blasts and fireworks.

We like the idea of this Moors and Christians festival being in the spring time, when the weather isn’t so hot. It’s definitely on our list for experiences to have this next year.

A small coastal beach town north of Alicante, Villajoyosa is also known for its Moors and Christians festival. Their’s takes place during the last week of July. They also have a main parade and smaller processions throughout the week. A great battle reenactment takes place on their Playa Centro beach which even involves a fleet of ships that do battle on the water.

They even have a conquest of their castle that is played out. Other great events are a paella competition, a children’s parade, and the main grand parade which is one of the highlights of the entire week. 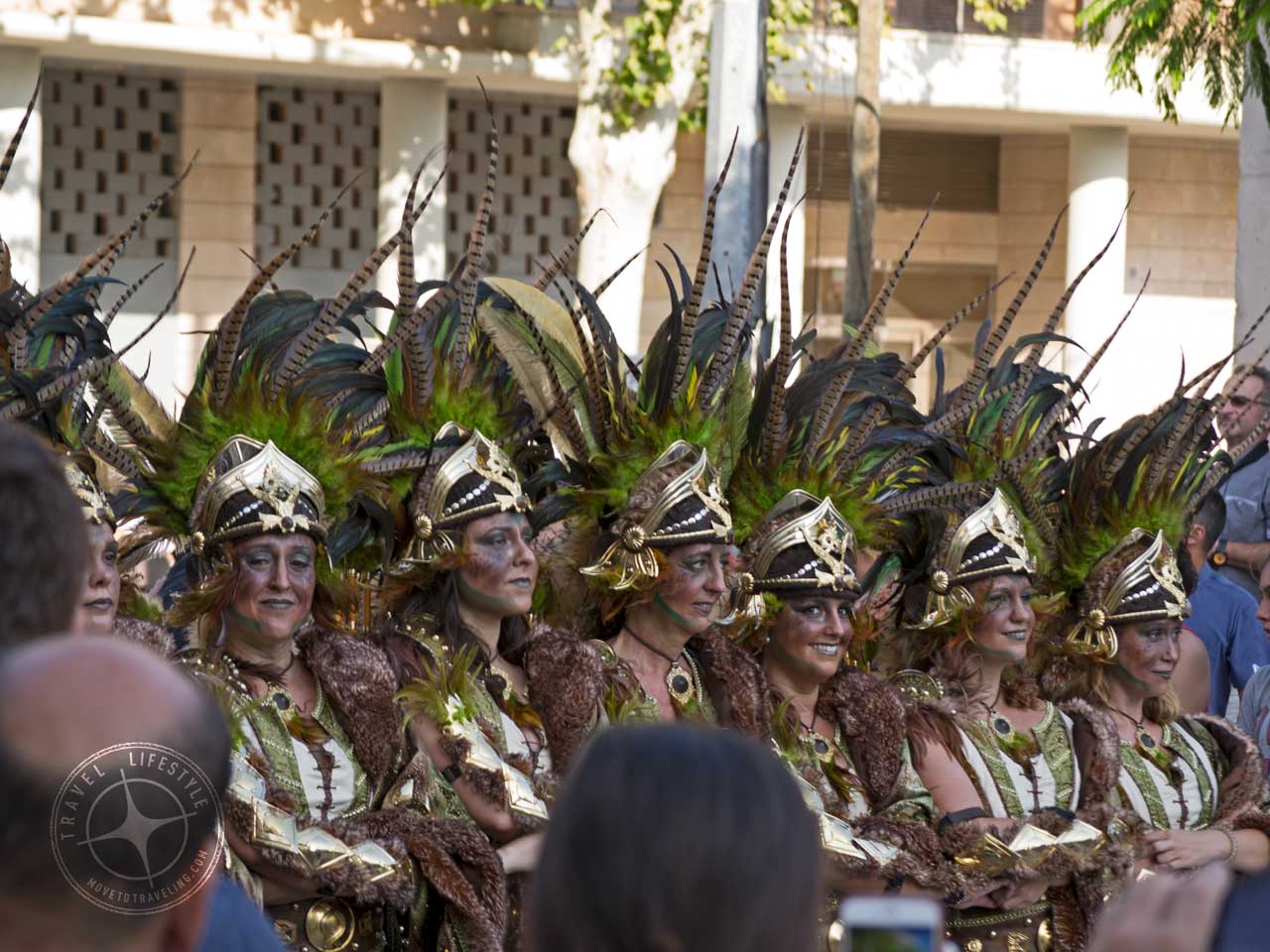 Another town located inland in the Marina Alta, Villena has one of the largest Moors and Christians festivals in the country, with over 12,000 participants. Their patron saint is Señora María de las Virtudes.

This festival takes place in September and shares the same primary events that the other towns have. They also have a castle, which is the battleground for a war and siege reenactment.

The Moors and Christians Festival in Spain 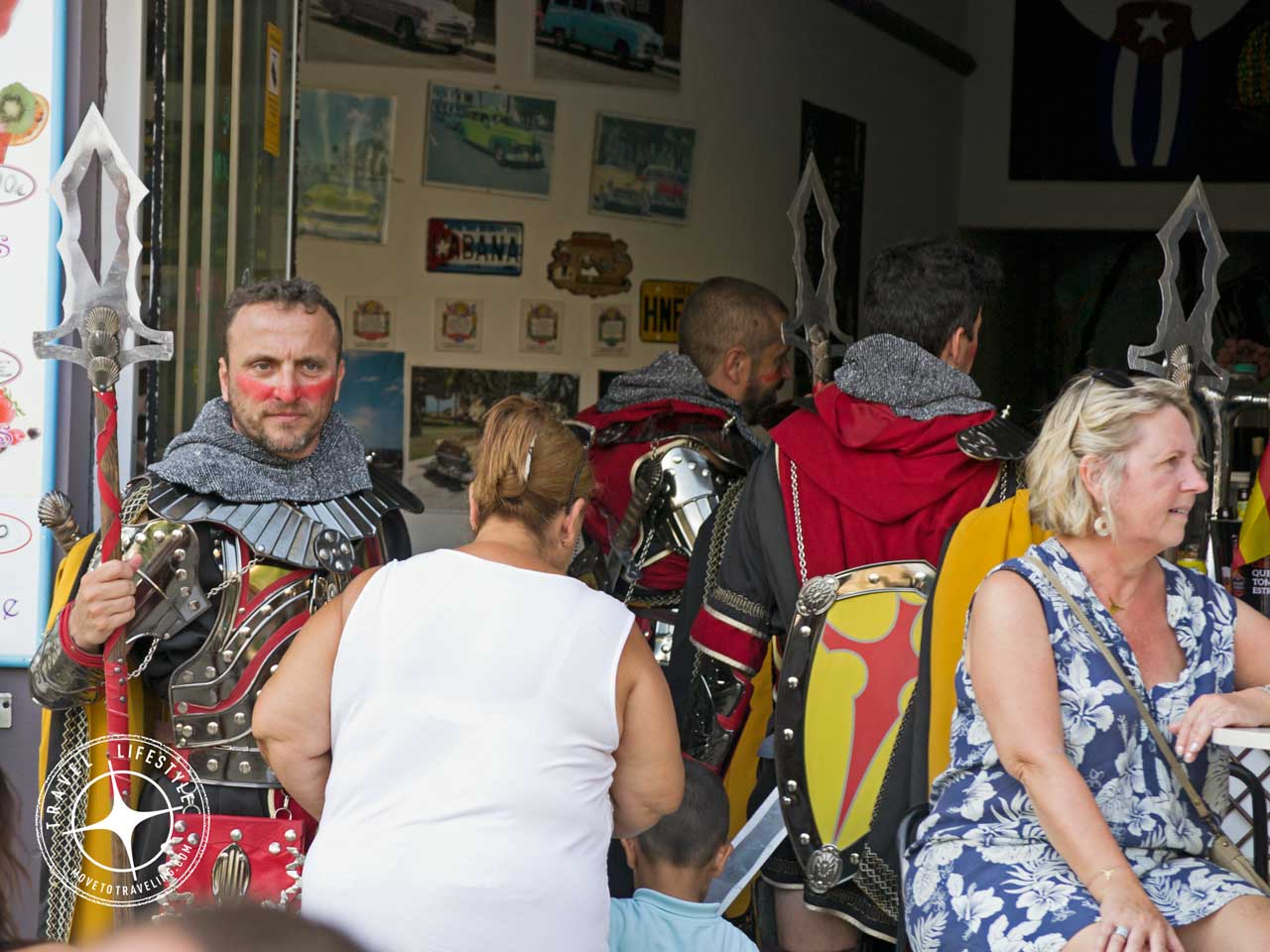 Above Image – In Denia. There’s nothing like running into some knights getting a beer at the bar.

As you’ve seen, you can actually end up visiting multiple Moors and Christians festivals throughout the year and it’s never the same. It’s kind of like festival hopping. Each year they become even more spectacular as the groups compete against each other for the most elaborate costumes and amazing makeup. We find it really interesting as well that the best of these festivals are in towns, rather than the bigger cities.

We have an older neighbor who’s great-grandfather was part of the Moors and Christians festival in his town in this area a long time ago. And now he still is too. It’s neat to see how it’s carried on as a family tradition through the generations.

Wherever you have a chance to experience the Moors and Christians festival, you’ll have a great time and feel like you’re reliving Spanish history.

Remember to view the video best in HD. 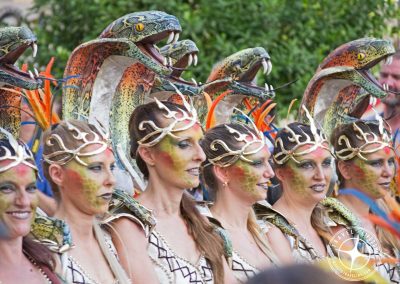 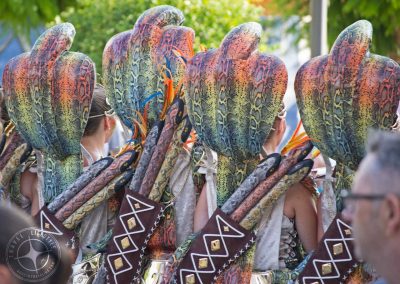 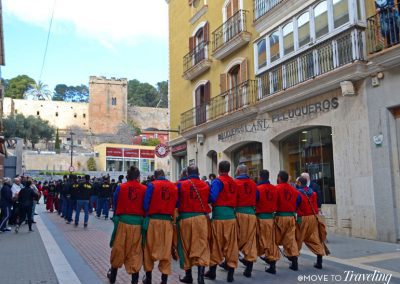 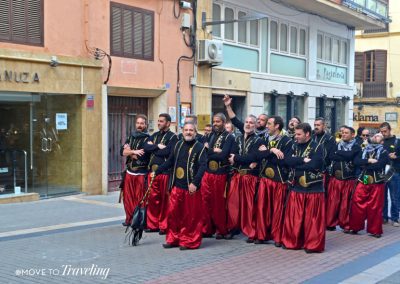 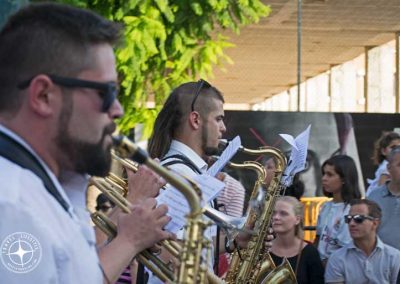 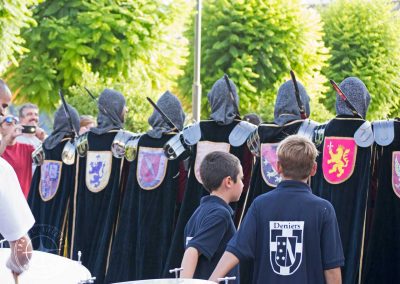 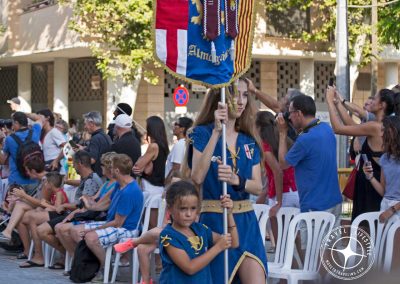 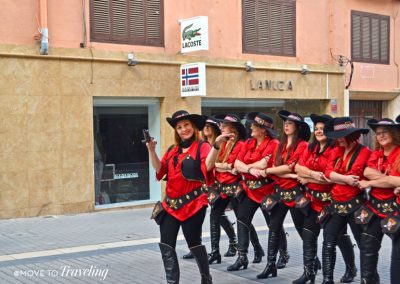 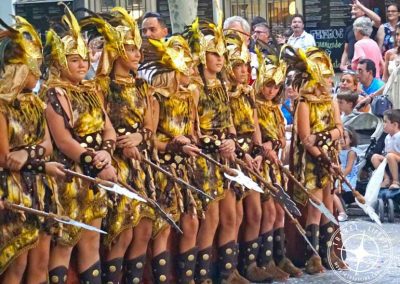 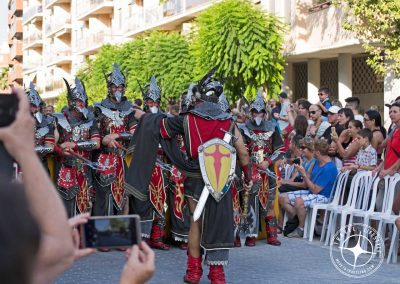 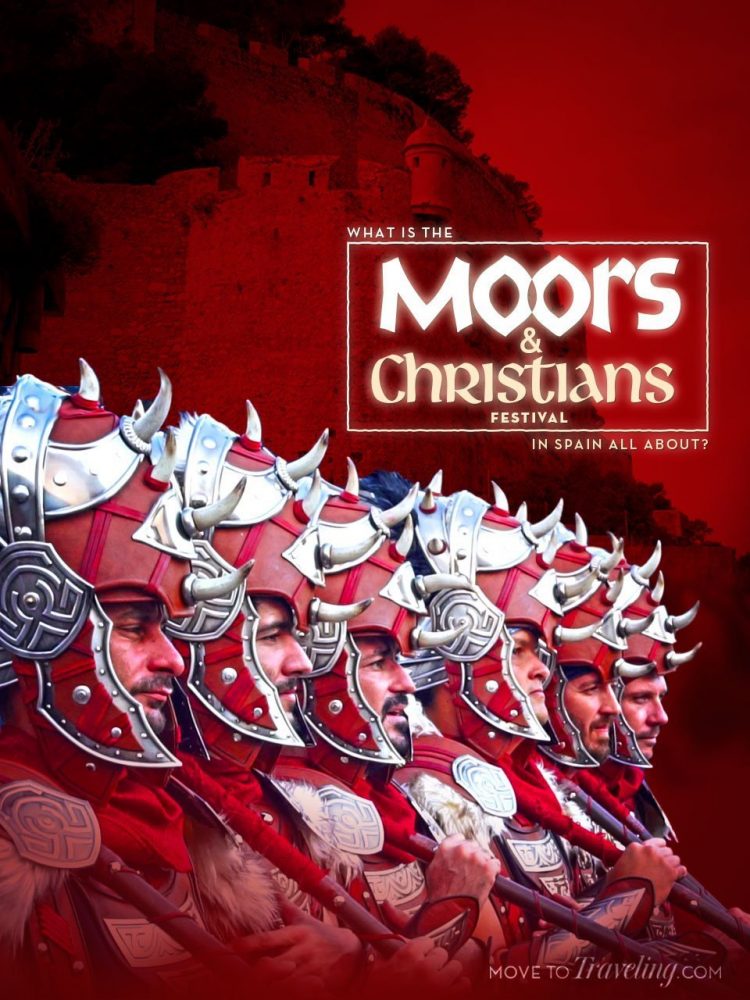