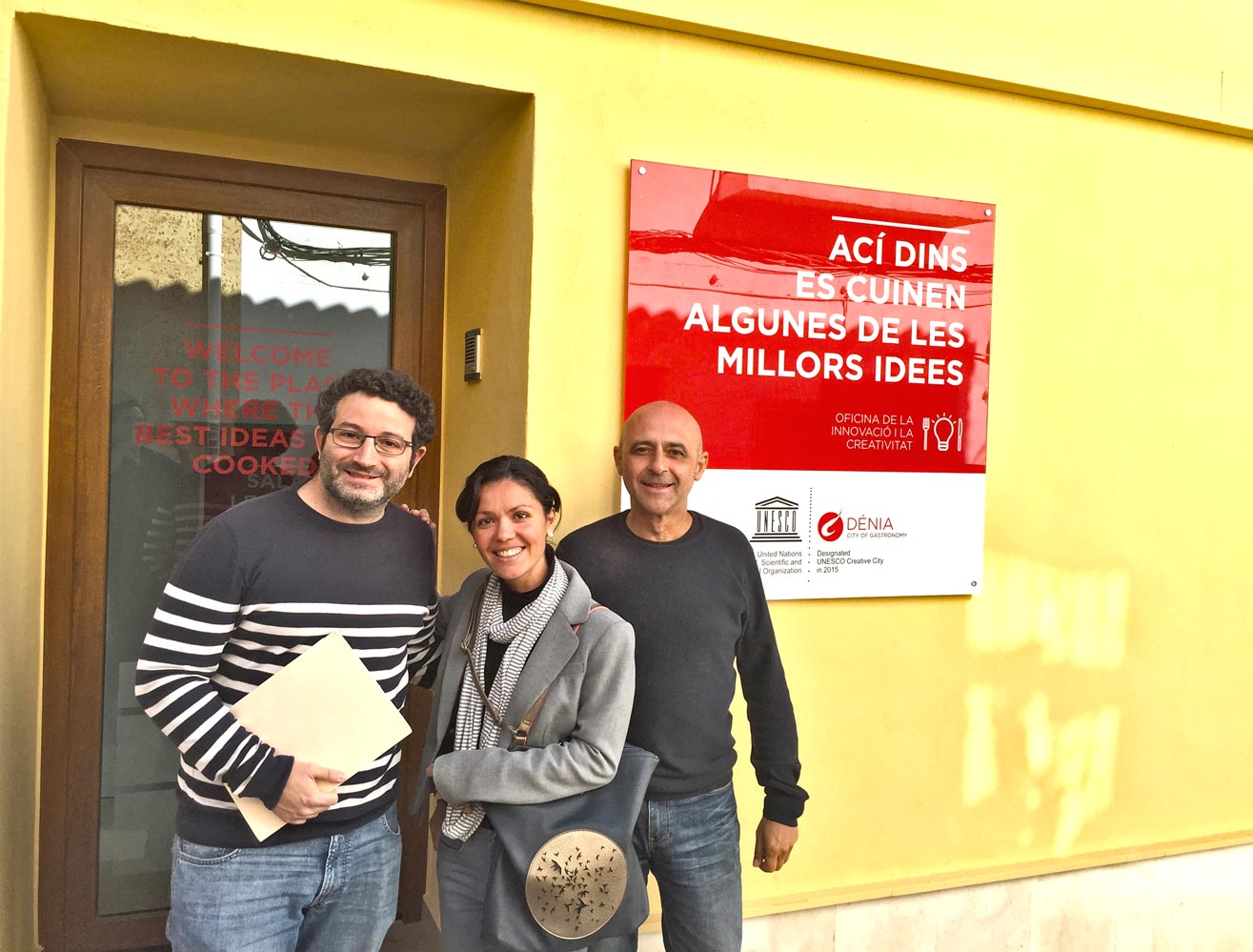 Our move to Dénia, Spain is teaching us that many towns here are doing a great job of providing resources for foreign residents in Spain. We get so used to looking online for help, that we almost overlooked how our Spain home-base of Dénia is helping their foreign residents, here in person. It got us to thinking that this can be a resource easily overlooked when you’re moving to Spain.

So learn from us and Dénia – if you’re interested in moving to Spain, it can help you take into consideration your choice of town or city, knowing that there are many places that will support your integration into their community.

We learned about Dénia’s resources for foreign residents through Neil, a new friend and fellow expatriate here in Spain. Originally from Britain, he has been living in Dénia for over 6 years and is actively involved with the international community. When he learned of our interest in community activities and learning Spanish, he encouraged us to become involved in the ‘intercambio’ program that is hosted by the U3A (more on that below). That is how we met Enric, who works for the Department of International Relations and Citizen Participation (known in Spanish as ‘Cooperacion y Relaciones Internacionales’) in the Ayuntamiento de Dénia (Dénia’s Townhall). 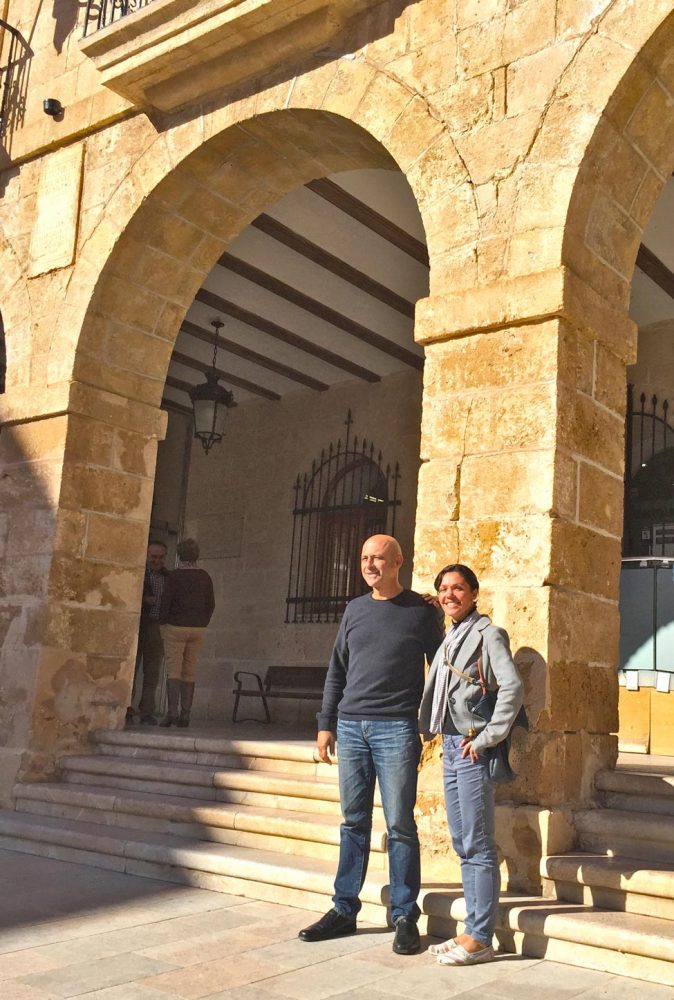 Above Image – Posing with Enric in front of Dénia’s Ayuntamiento.

To learn more about this department and its benefits, we set up a time to meet with them. Enric has been working in this department since 2005 and is currently working in the position of ‘Gestor Atención Residentes Extranjeros’. In English that can be translated to Manager of Foreign Resident Resources. At the meeting we were also joined by the elected Councillor of International Relations and Citizen Participation, Oscar Mengual. Together, these two men and their colleagues bring a wealth of knowledge and support to the department and the foreign residents they assist here in Dénia. They generously shared their time and knowledge with us and it was a great meeting. Here’s more about what we learned.

What Do Resources for Foreign Residents in Spain Look Like?

Probably the most common resource that towns provide for their foreign residents are ‘intercambio’ programs or language exchange groups. The particular group we joined is formed by a partnership between a group called the U3A Dénia and Dénia’s Department of International Relations.

Local Enric Gil and expat Neil Weatherall head up the roster system where he can keep track of people who want to learn another language. From this list, they’re able to match up people as language partners, for example, a native Spanish speaker here in Dénia with a native English speaker who now lives here as a foreign resident. It incorporates other languages as well, the most common after English being German, French and Italian.

To further encourage this exchange of languages and cultures, the U3A also puts on a great Pub-Quiz, or trivia night, every month. Even in the off-season of winter, they get over 100 people attending! Other events are also hosted, such as once-a-week meet ups, concerts, speakers and tours of local sites here in this beautiful coastal area known as the Marina Alta.

The other service provided is information regarding the day-to-day aspects of living in Dénia or Spain in general. This usually has to do with things like local laws, such as permits required for home renovations, laws about purchasing a home or renters laws. Or maybe you need help figuring out how to register for empadronamiento. This is registering as a resident of the particular town you’re living in so you are counted as part of the population and can benefit from the local and federal systems in place.

While the latest facts and information are provided, the department does not refer or recommend specific businesses since that would be a conflict of interest. But they will make sure to steer you in the right direction and provide other resources that can connect you with relevant services for living here. Think of the department as a great in-person Help Desk, ready to answer questions, provide accurate information, and foster positive community development between the local and foreign communities.

Read More: Living Costs in Spain on the Costa Blanca

The Latest Updates of Denia’s Resources for Foreigners in Spain

A most recent update to this article features the web page where the Department of International Relations lists current links to more resources for foreigners living in Denia.

Click here for this online resource page, which once you scroll down has two sections documentació d’interés (documentation of interest) and further below enllaços d’interés (links of interest). The page is only available in the Valencian language or Castilian Spanish unless your browser gives the option to translate it.

We highly recommend having your browser translate the page if you can, so that you can benefit from understanding what resources are available.

The first section about documentation has documents about Spanish classes for foreigners, listed as the first three items.

Then the next section of links is also helpful, especially the last link titled Ciudadanosextranjeros Diputació Alacant. This directs you to the website for the regional resources managed by the regional government of Alicante. It has a lot of great information and resources as well. 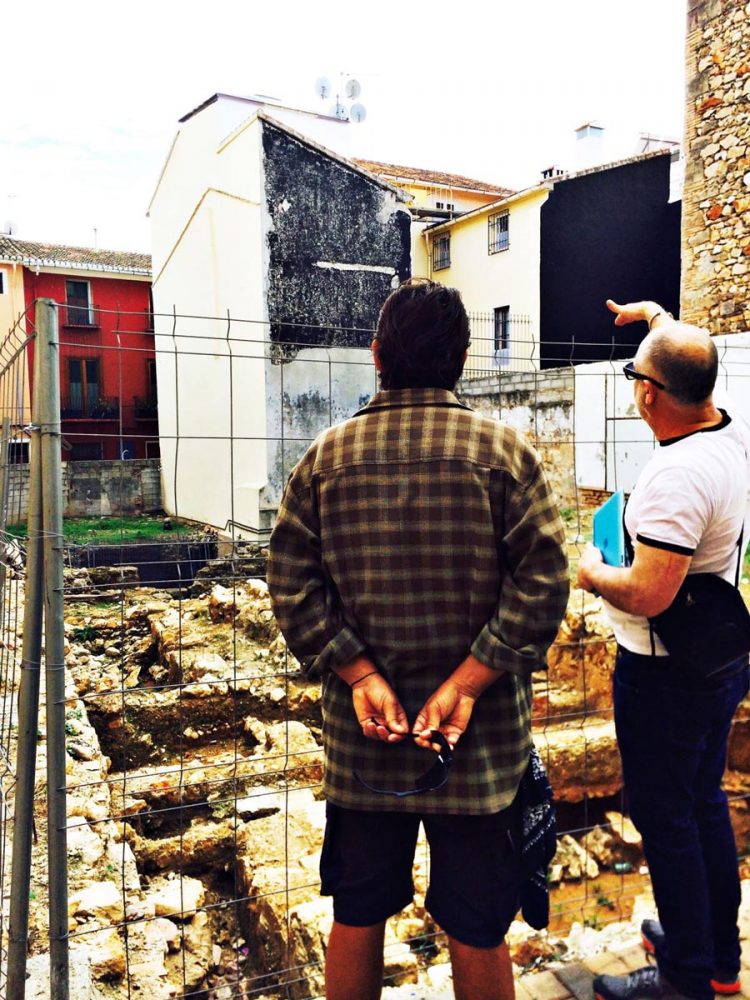 Resources for Foreign Residents in Spain Can Be Overlooked

It seems like resources for foreign residents are an obvious thing that towns in Spain would provide, yet do not assume – there are towns in Spain that do not provide them or if they do, may not provide them very well. This can be due to a small population and size, which is many of the small villages throughout rural Spain, and the amount of time a town has had a significant foreign resident population. Let’s also remember that many times, these resources are not easily found online, at least not yet. So you may not learn of them until you are here in person. 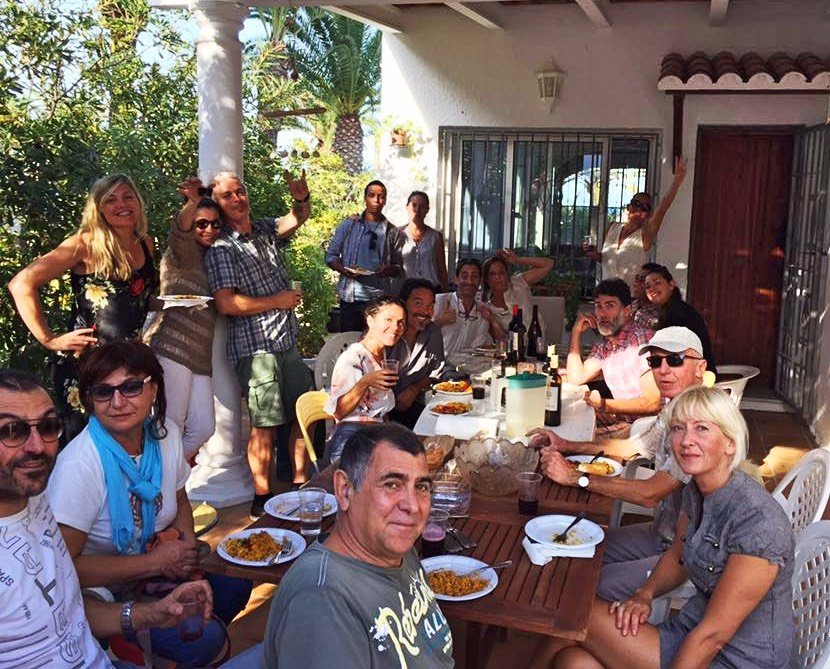 Above Image – We love the culturally diverse community we’ve connected with here in Dénia.

There’s plenty of towns in Spain that only in the past decade or less are growing in foreigners. After all, have you heard of Dénia, Spain? It’s well-known among the British and other Europeans, but we find it unknown to Americans and other countries.

A big assumption among foreigners moving to Spain is that living in a large city will automatically provide good resources for foreign residents. Yet the resources in cities can be confusing, chaotic and unreliable. There are plenty of great resources for foreign residents in the large cities in Spain. We simply have experienced that they tend to be online resources, forums and more independent private groups rather than the government, city ran programs.

Whether you choose to live in a town or city in Spain, the government provided resources for foreign residents will most likely be something that you discover and connect with once you’ve physically arrived and some months into the throws of your new Spanish life. There’s no better way to benefit from these resources than from being out and about, exploring your new neighborhoods and meeting your new Spanish neighbors.

Read More: Our Top 7 Reasons for Living in Denia, Spain as Expats

Why Utilize Resources for Foreign Residents in Spain

We find that one of the biggest benefits of a town providing resources for foreign residents is the people-connection. It reminds us to get out into our community and not just be online all the time. You can meet other internationals and foreign residents and hopefully some of the locals. Hey, in today’s times, ‘unplugging’ from the internet is something we have to consciously seek balance in, even as travelers or perhaps more so. It also helps you get to know your international community, like what other countries your fellow expats come from and what other cultures are represented. 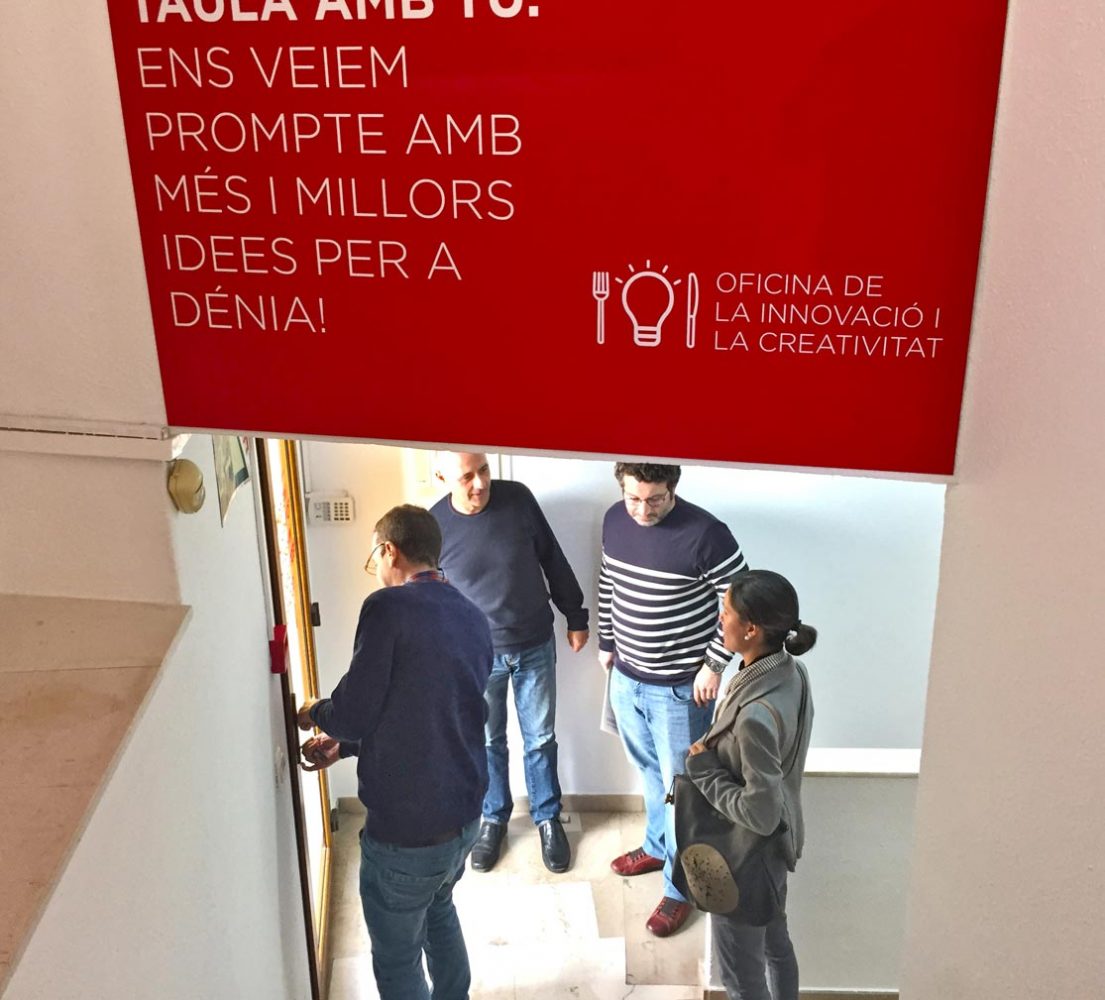 Above Image – Being introduced to Dénia’s Creative Department of Gastronomy.

Turning to the local town and its government-provided resources for foreign residents also provides reliability. You can rest more assured knowing that the information you’re receiving is coming direct from the source, which is especially important when you’re looking into things related to local laws and regulations.

There can be hidden gems about your town that you can discover through such a department. It was through our department of foreign residents here in Dénia that we learned about Dénia being designated by UNESCO as a Creative city of Gastronomy in 2015. We also got to spend time getting to know them, which you’ll get to read soon in an upcoming interview post.

We’ve loved getting to know Dénia and the designated department that our wonderful town has for foreign residents. From Enric we also learned that the largest foreign population here in Dénia is German. After that is British and then French. As Americans, we actually love that there are very few of us here in Dénia. So far we only know enough Americans here to count on one hand, with us included!

There’s a lot of great social events that the department also supports and helps advertise. They’re mainly groups that have been formed by foreign residents who want to share their passions and interests with others here in Dénia. Along with feeling more at home, it’s a great way to feel that thrilling energy of travel and diversity even while settling into a home-base. 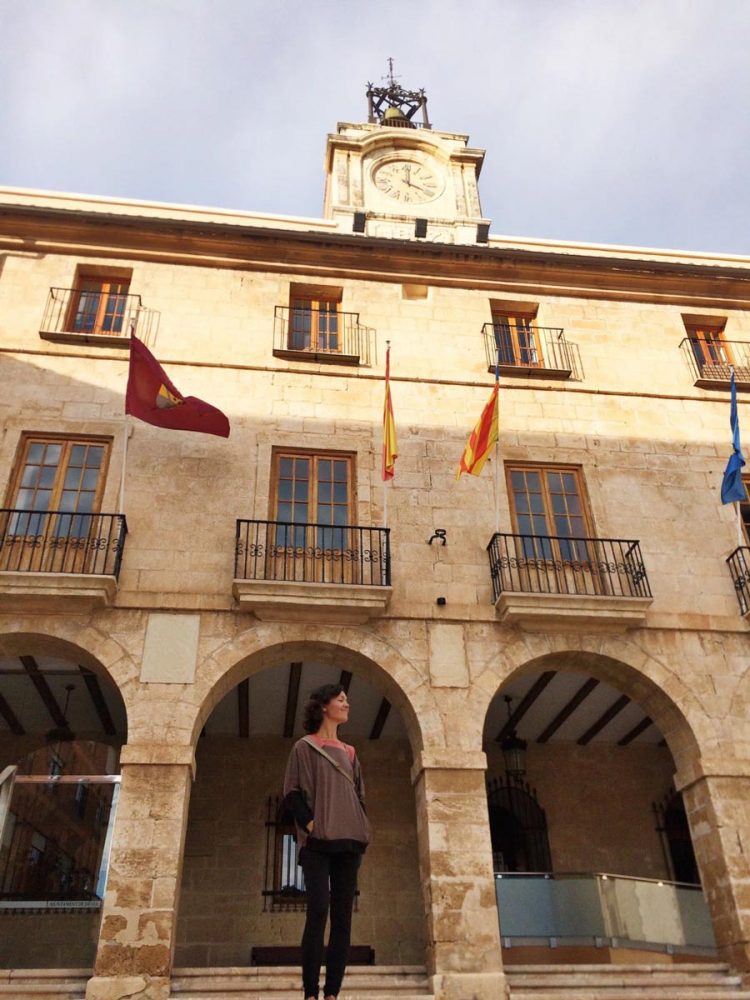 Above Image – Getting to know Dénia’s Townhall.

We highly recommend that if you’re moving to Spain or just starting to consider living here, that you find out if the towns you’re looking at have a good department of international relations. Even if they don’t, it could still be the place for you. It depends on what kind of person you are and what you want out of life here in Spain. Either way, Spain is a welcoming and friendly culture, in the towns, small villages and big cities. As a foreign resident, you can’t go wrong choosing to live here.

What questions do you have about resources for foreigners in Spain or in Denia in particular? We’re continuously working to provide great resources for you here, so let us know your questions in the comments below.