Love horses? Love Spain? Then imagine a Spanish Horse Festival! January is the Fiesta de San Antón in Spain. Yes, Christmas had just ended and yes, Three Kings Day was in addition to that. Yet Spain doesn’t hold back on having fiestas and certainly not on celebrating its saints. We got invited to attend the local festivities and unexpectedly ended up participating in the parade! Get the insider-version to how the locals in Spain celebrate the Festival of Saint Anton and who the guests of honor truly are.

Spanish Horse Festival | Getting There

The 17th of January is the Day of Saint Anton, so the festivities are held around that time, with church masses and the ceremony of blessing the guests of honor (we’ll get to that soon). We met up on a Sunday with our local friends Salvador, and Raul and his family, to travel from our village of Xeraco to the neighboring village of Tavernes de Valldigna. This is where the final day of the festivities were taking place with the parade and the blessing (or bendición). 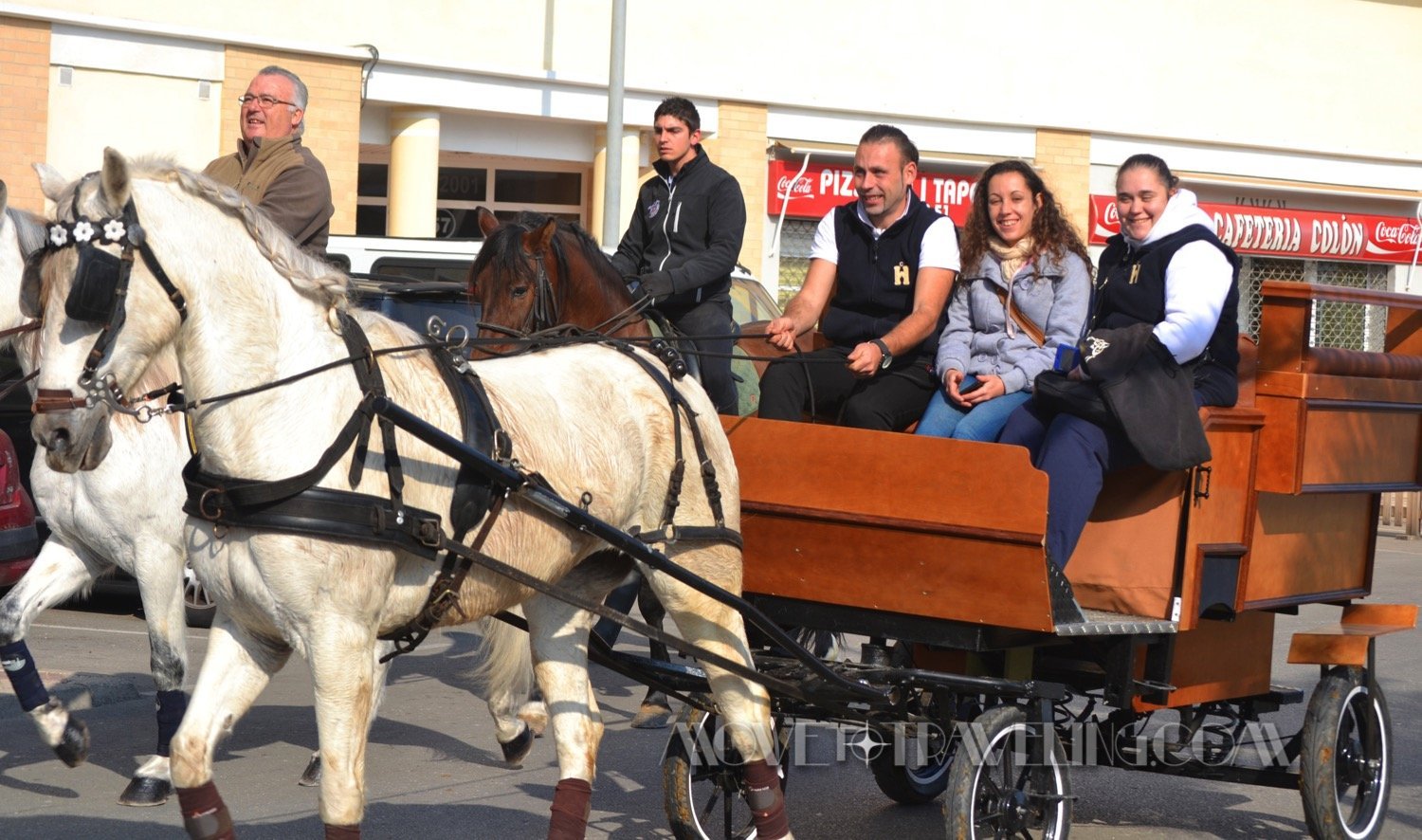 The adventure and fun began even before we got to the village – we got to ride with Salvador in Raul’s horse-drawn cart to get there. Estella, one of Raul’s horses, was a horse that he rescued and nursed back to good health in the past few years. She pulled the beautiful cart that Raul had fashioned for such occasions. It had leather padded seats for four in the back and bench along the front for the driver and two other riders. The wheels are what stuck out to us and added that modern touch, whereas the rest of the cart fit a more vintage, old-world style. 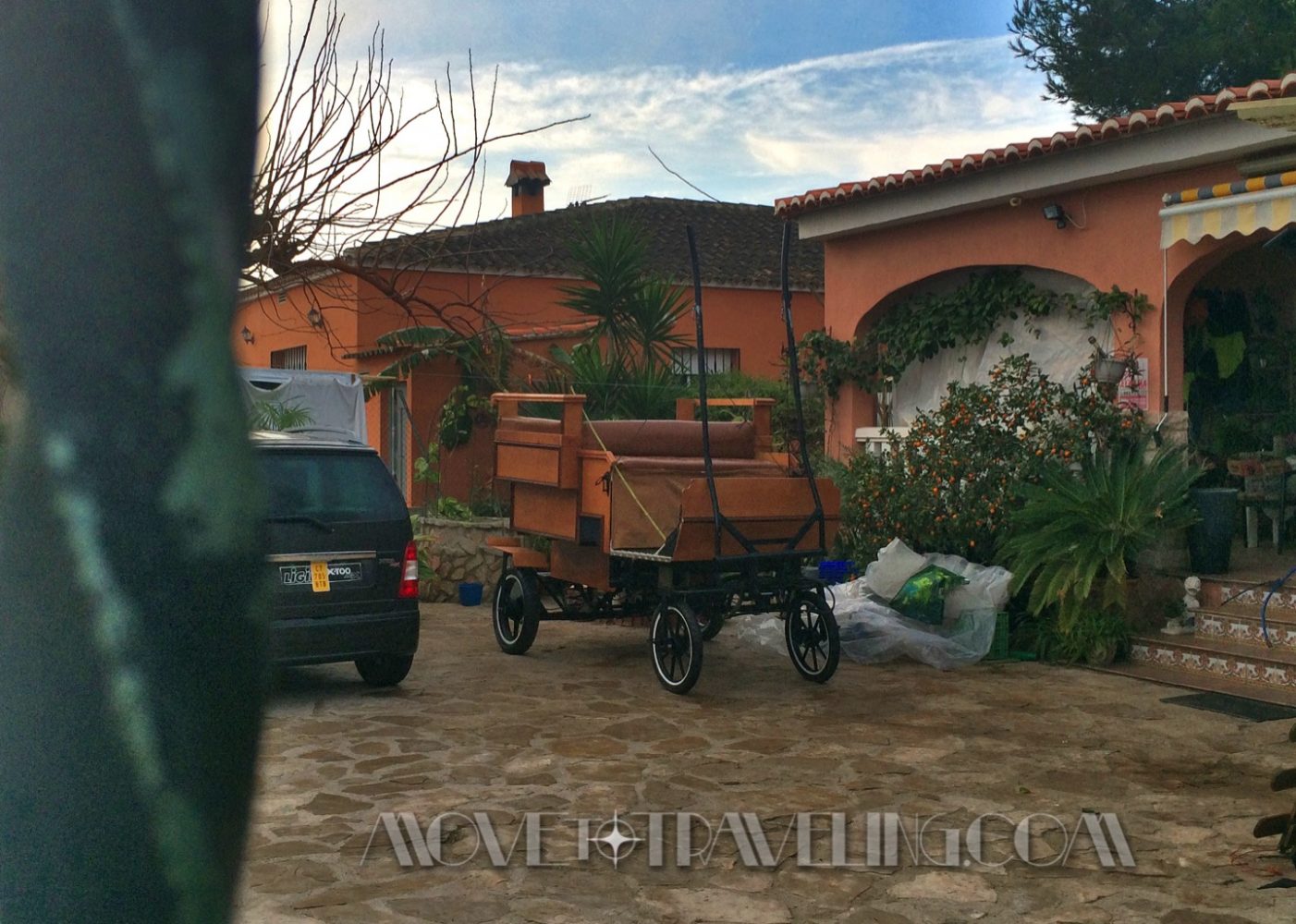 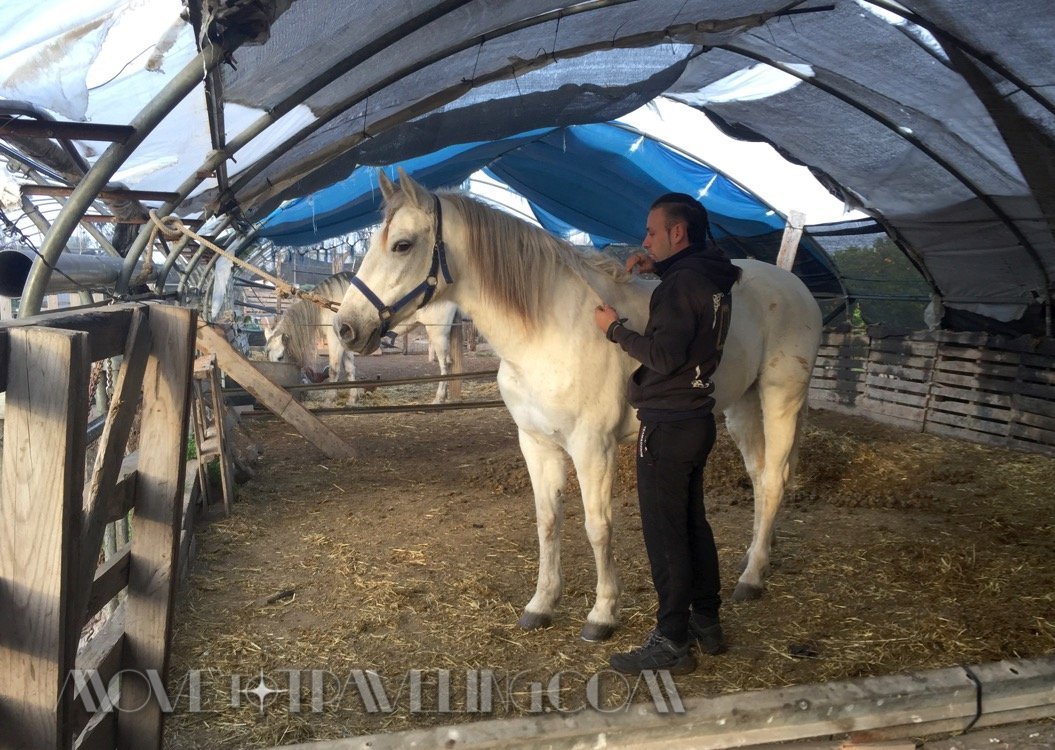 In the cool, damp fog of the morning, we loaded up near Xeraco Beach and rode along the more peaceful back roads, along the Rio Vaca with its tall grasses and birds, and through the orange groves; some were harvested and others still dotted with bright oranges. The beautiful mountains here provided the backdrop and as we entered into Tavernes de la Valldilgna, we saw that the village is nestled in between towering walls of mountainside, in a tiny valley naturally formed within this range. 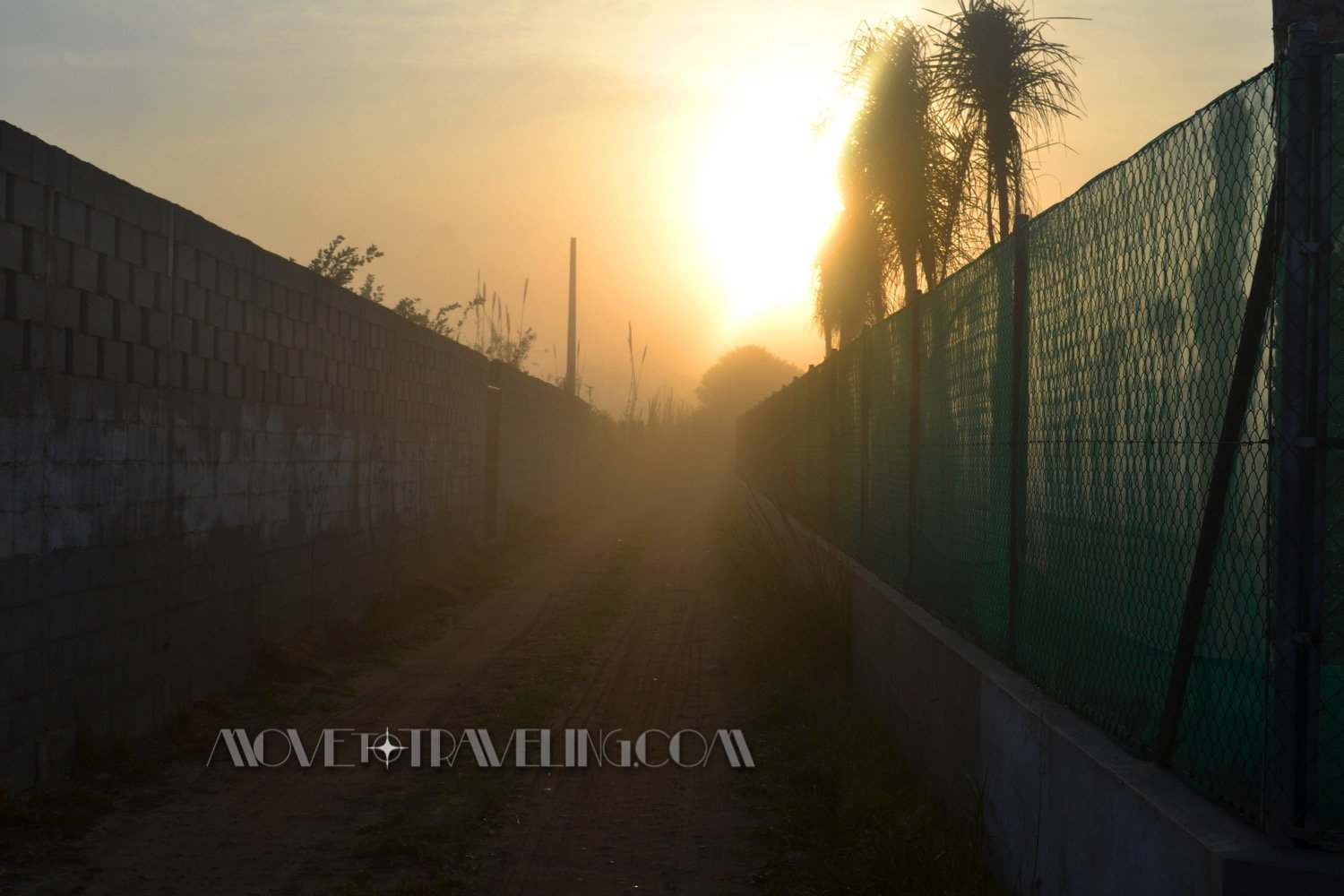 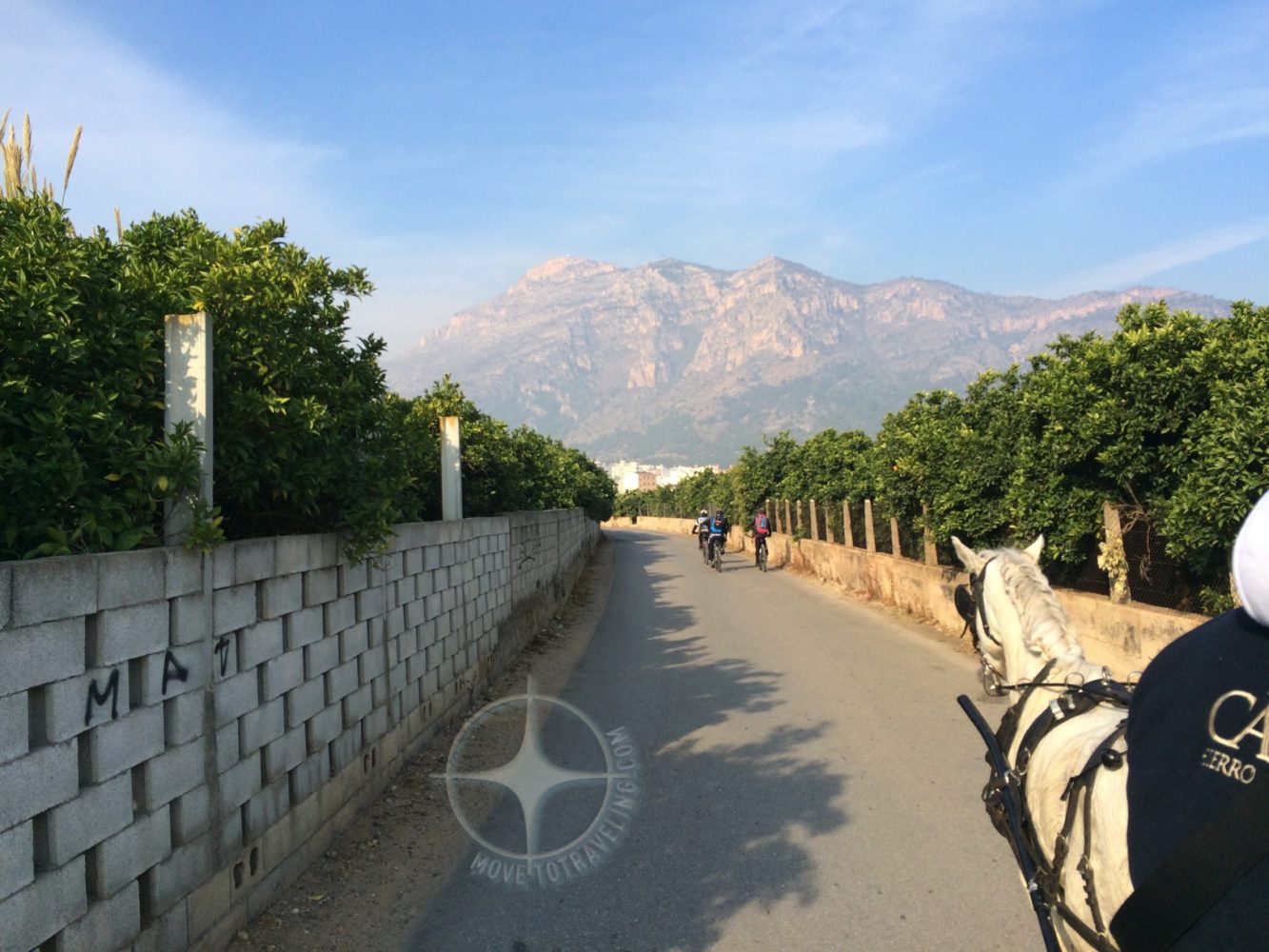 The hint about who the guests of honor are, is in how we traveled to the festival. It’s the animals! Especially horses, but also dogs and pets. Saint Antony is the patron saint of the animals. Around Valencia, the festival seems to focus on horses, so many of the villages celebrate it with horse riding competitions and they all feature the horses and their riders in the parade. 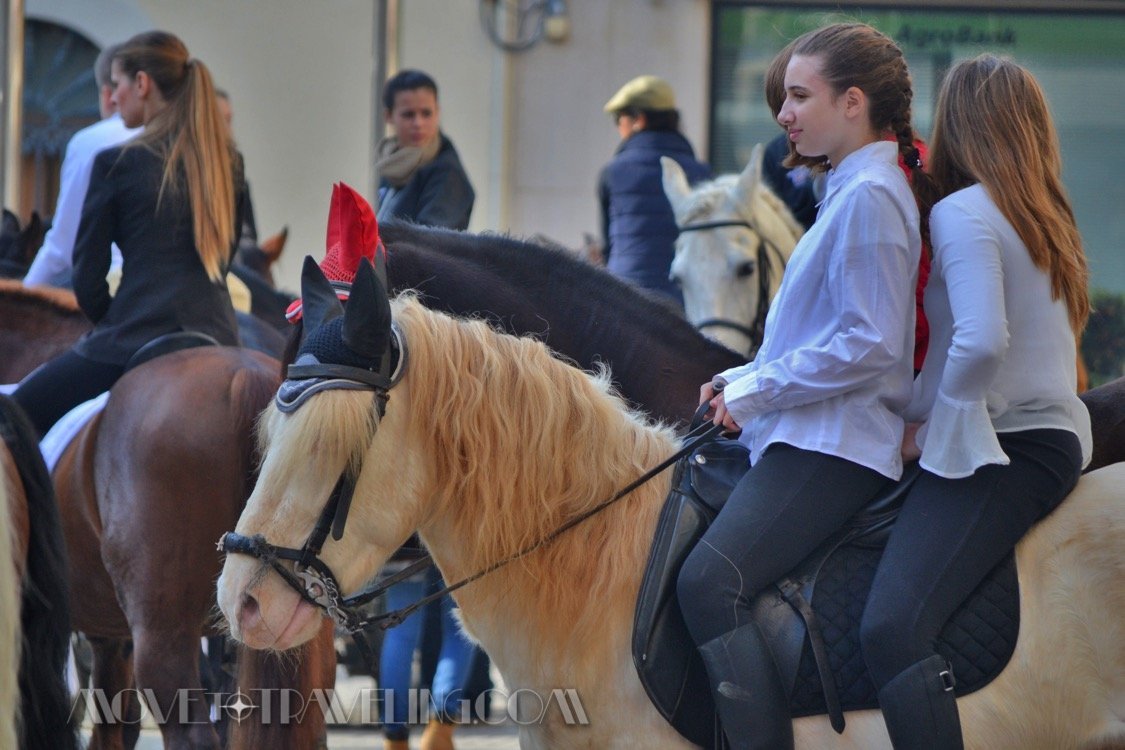 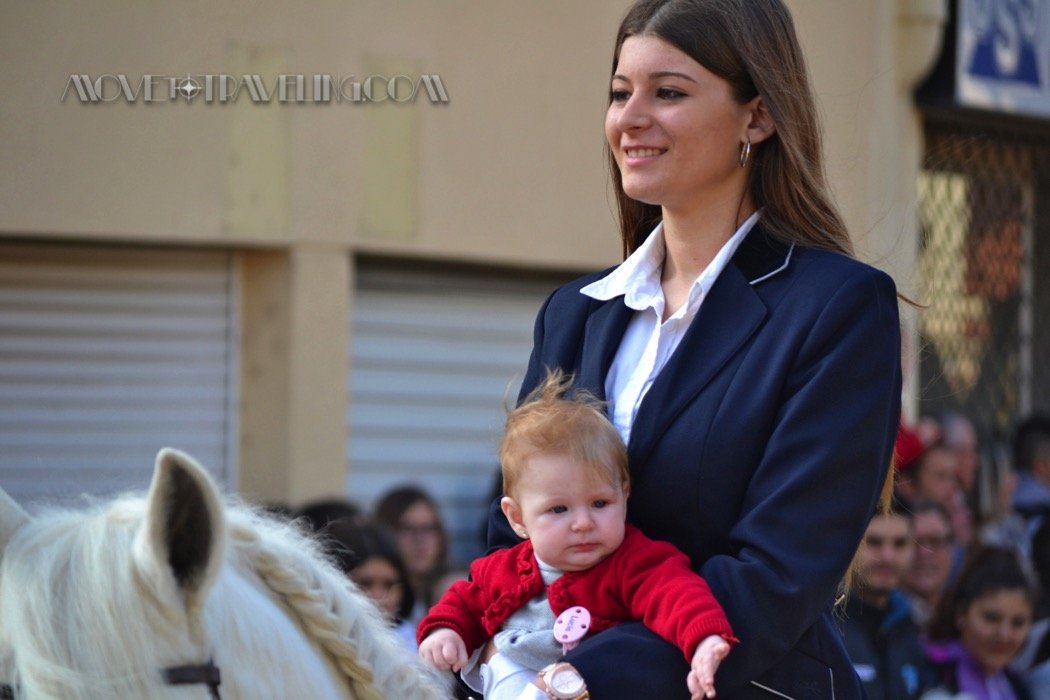 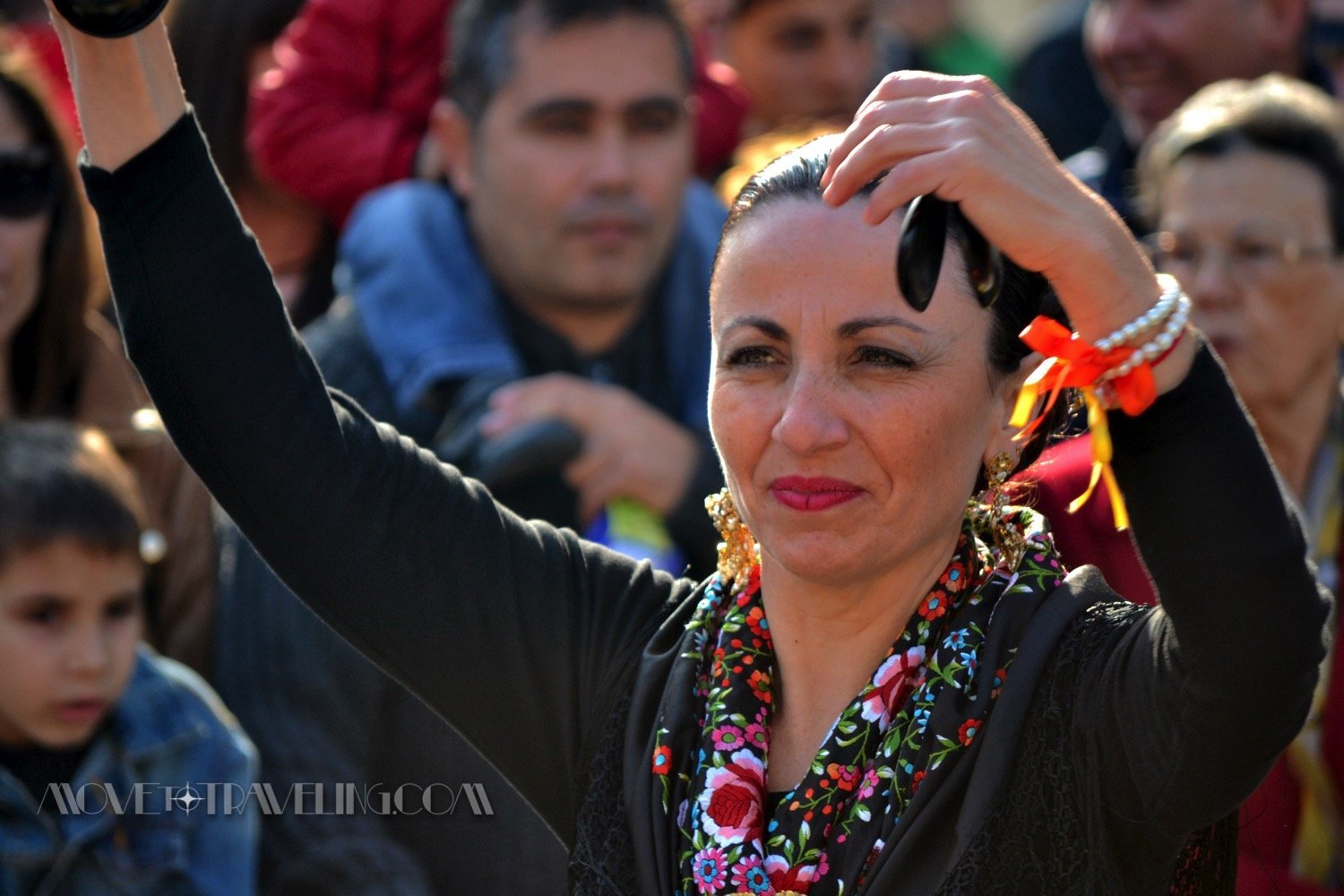 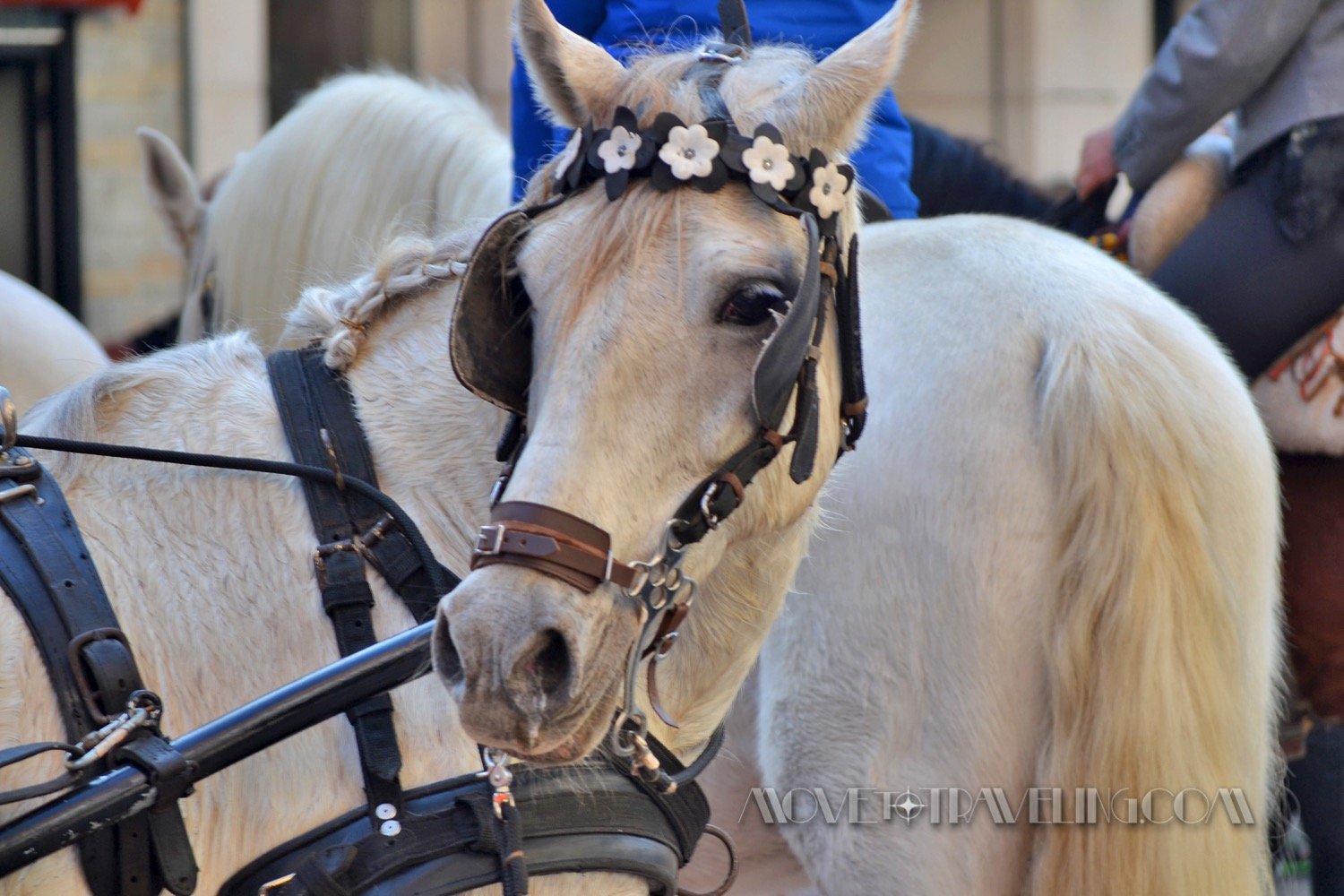 It was amazing to take part in this festival. There were not only individual riders on their magnificent, Spanish horses, but there were also beautiful wood carts drawn by horses. They were of various sizes, some large and carrying a dozen people in the back (a full-on wagon), while others were small like ours. One of the most interesting were the very small ones that were pulled by ponies. For being so small, they were the loudest, with the ponies braying up a storm and the drivers playing loud flamenco music from portable stereos and old-school boomboxes. 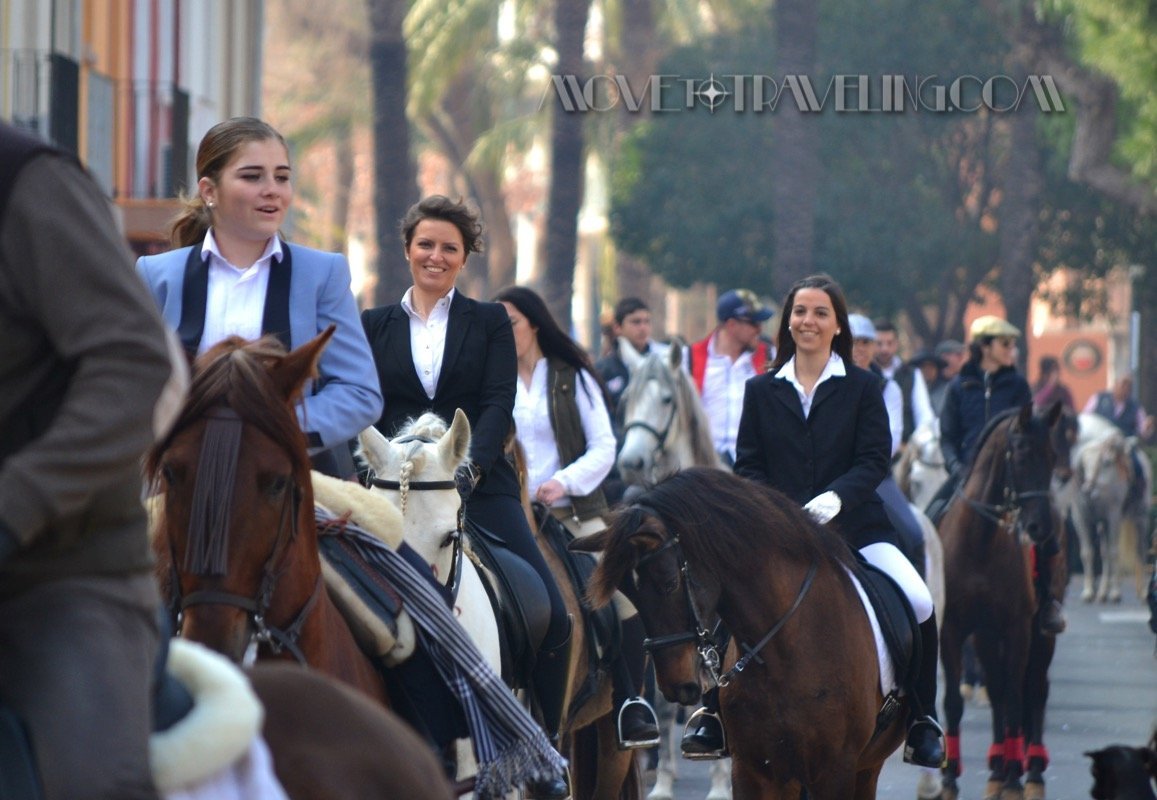 Many of the individual riders also dressed in authentic Spanish riding clothes and their horses were decked out too. There were even the adorable, doll-like Falleras Infantiles; a very traditional role in Valencia’s culture. It had that classy, old-world touch. Salvador told us a lot about how important the horses are here to the people. The Spanish race of horses is still considered to be one of the best in the world and people here pride themselves on having a ‘pure Spanish horse‘. 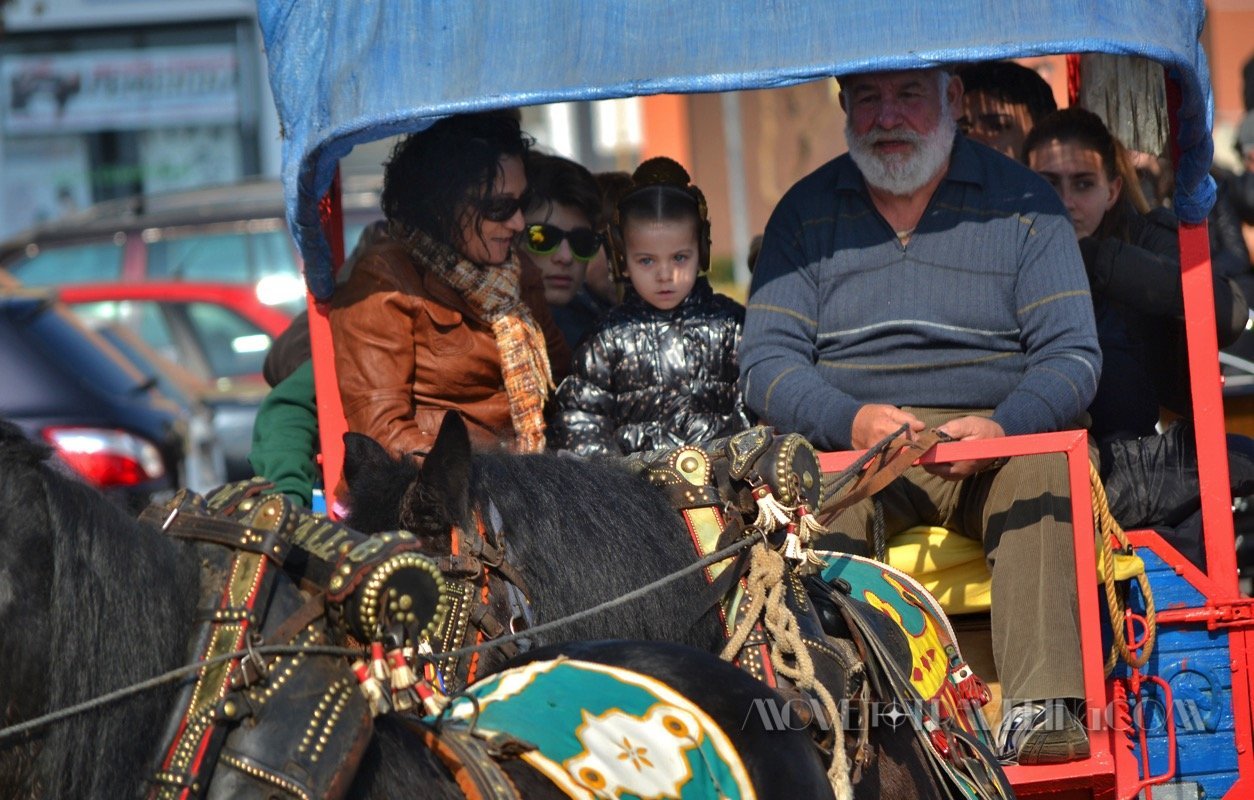 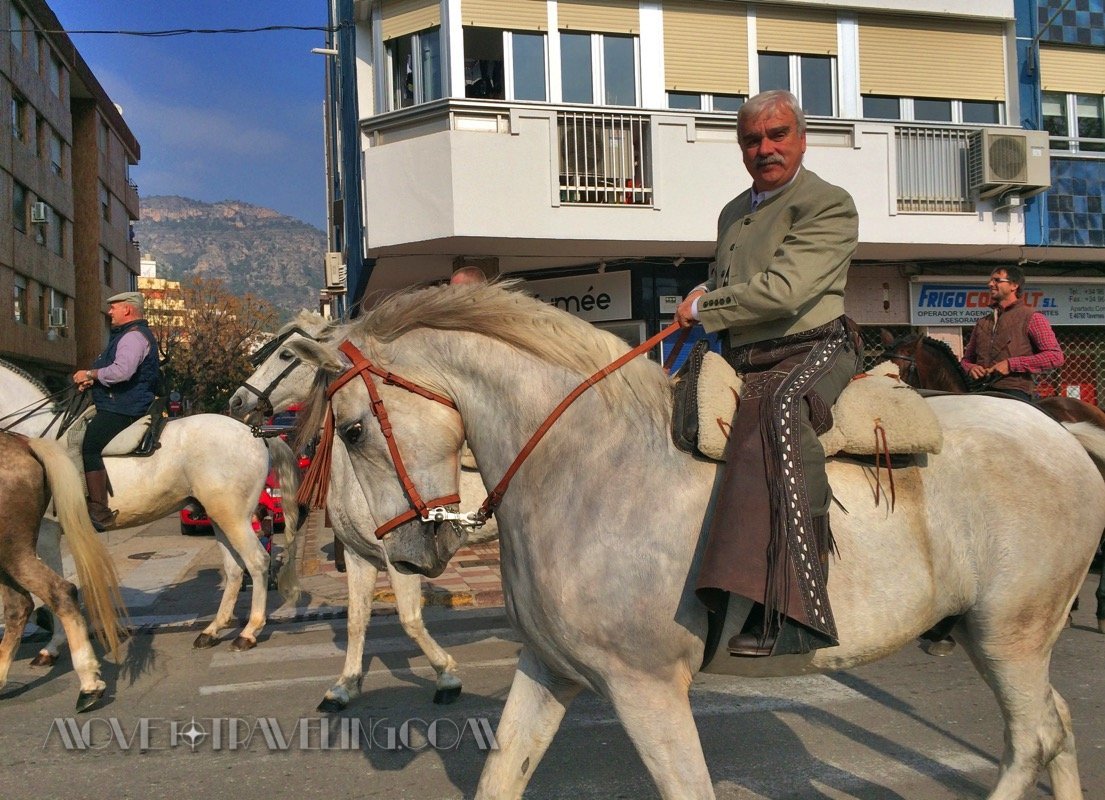 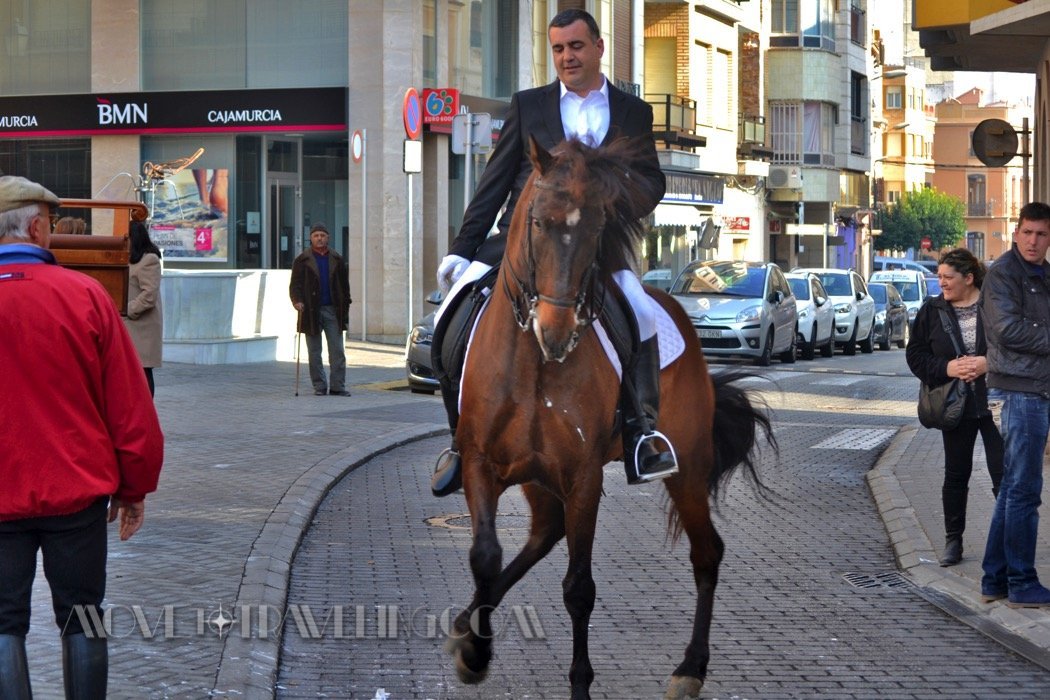 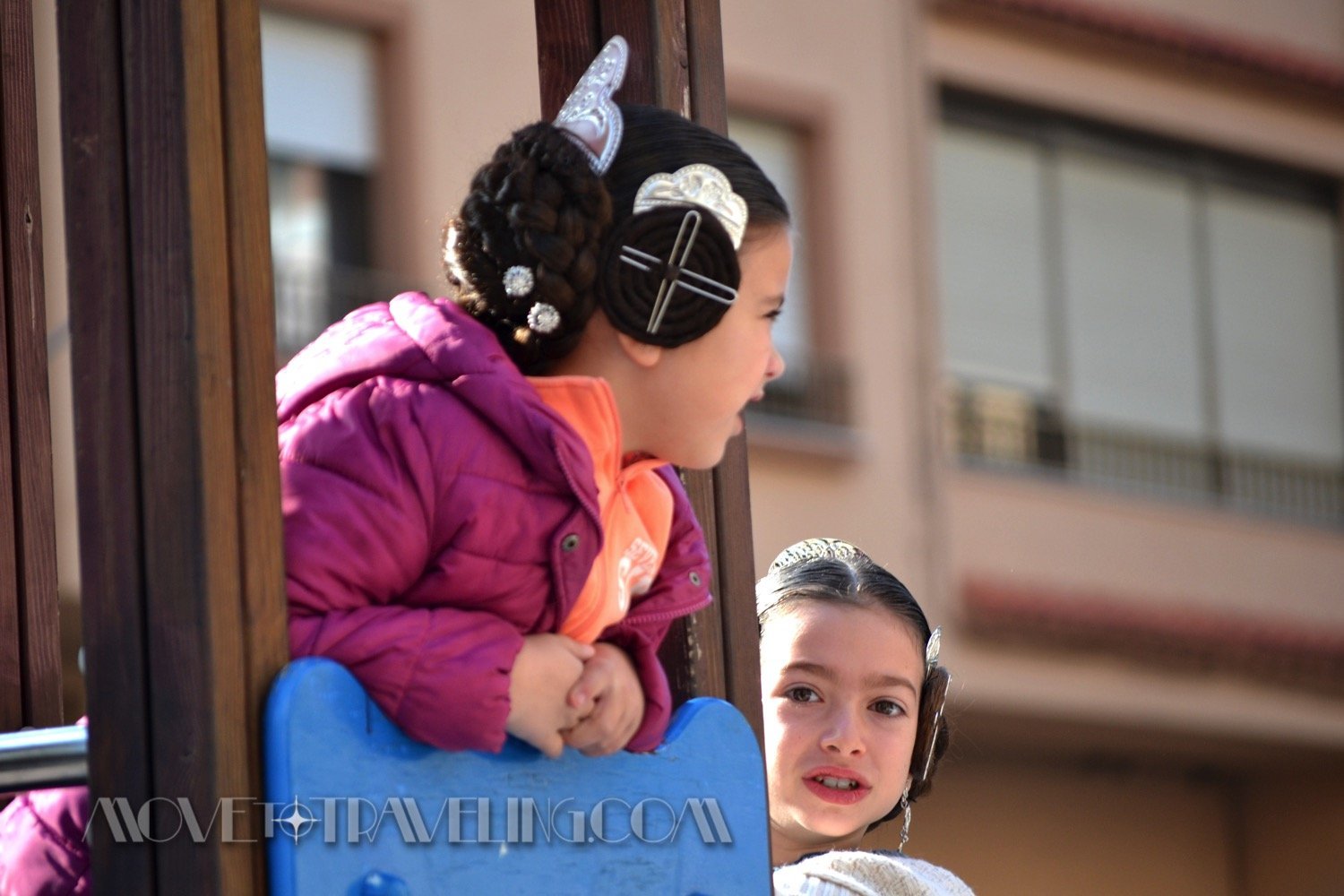 We learned from a new friend and neighbor who we met at the festival, Angel, the history of the ‘Andalusian Horse’. In the 1400’s, certain Spanish families, with the help of some Spanish Monks, hid the Spanish horses on monasteries to preserve the bloodlines so they would not be mixed with the Neapolitan draft horses. Centuries later, the race has remained pure and decades ago the Spanish government bought the rights to it and therefore is able to keep it regulated. Angel himself has a beautiful horse named Gitano (Gypsy), who has his own papers and even his own passport! It shows that both his parents are of pure Spanish horse blood and therefore, he is a true Spanish horse as well. 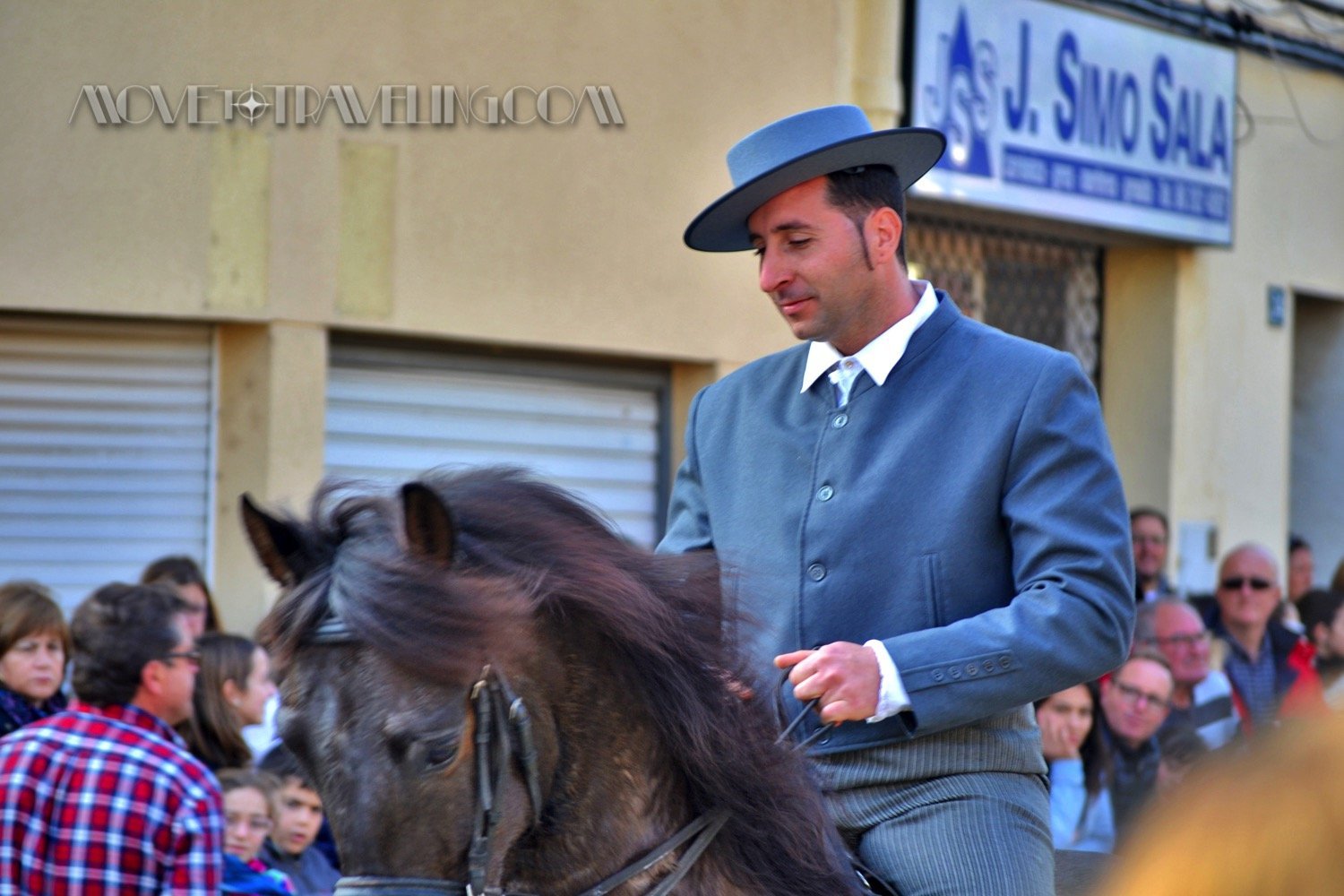 The festival was an amazing way to get to know our local area here in the Valencia province of Spain. We continue to be amazed at how many festivals there are and that many times, each pueblo, no matter how small, celebrates it with their own events. It’s very important to the people and we love seeing how they honor their traditions even today. Eric especially loved this event because he loves horses and grew up with them in Colorado. It introduced us to the equestrian community here, which otherwise we would not have known was so important and strong in this part of Spain. So here’s to the animals! And especially, to Spanish Horses! 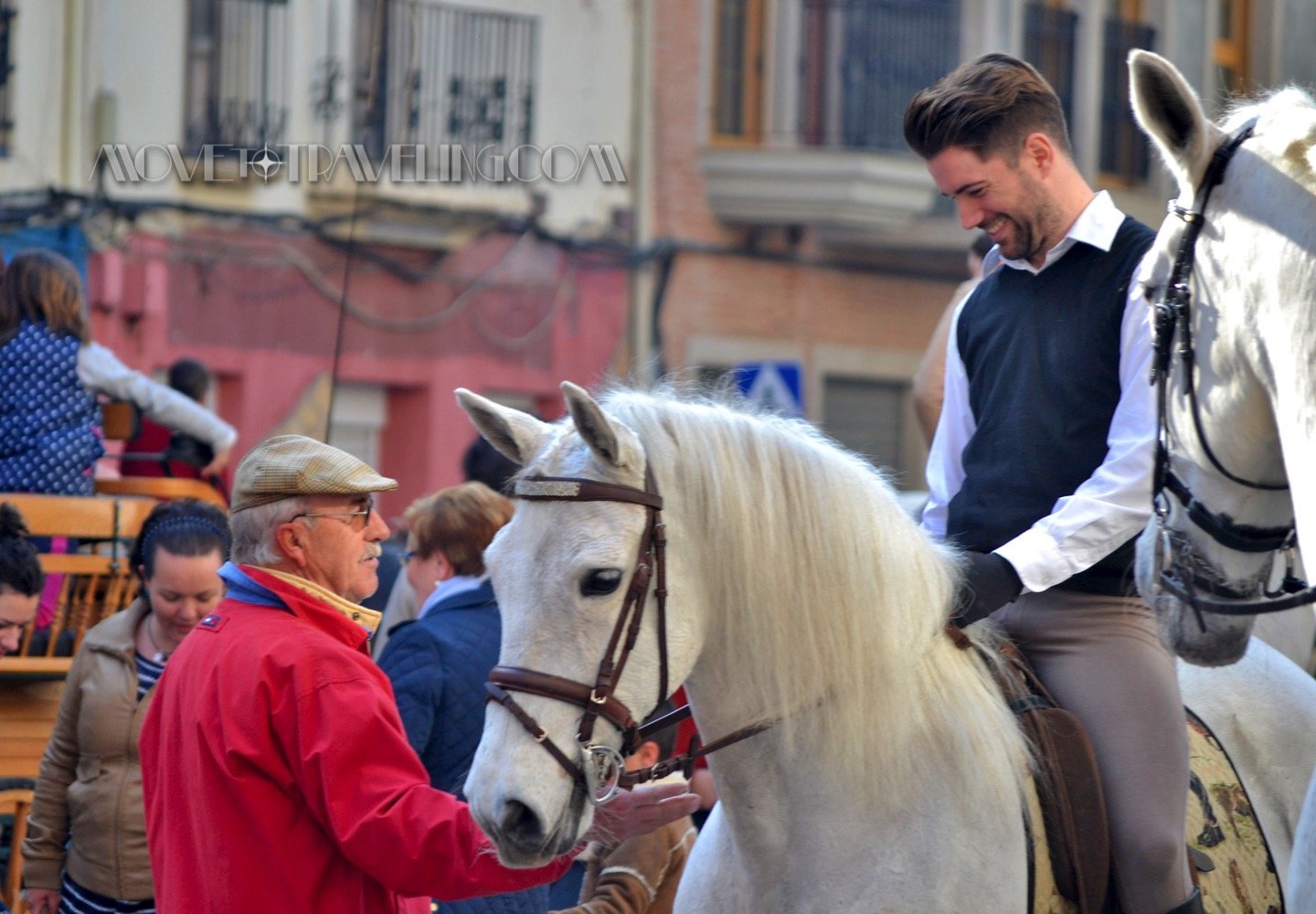 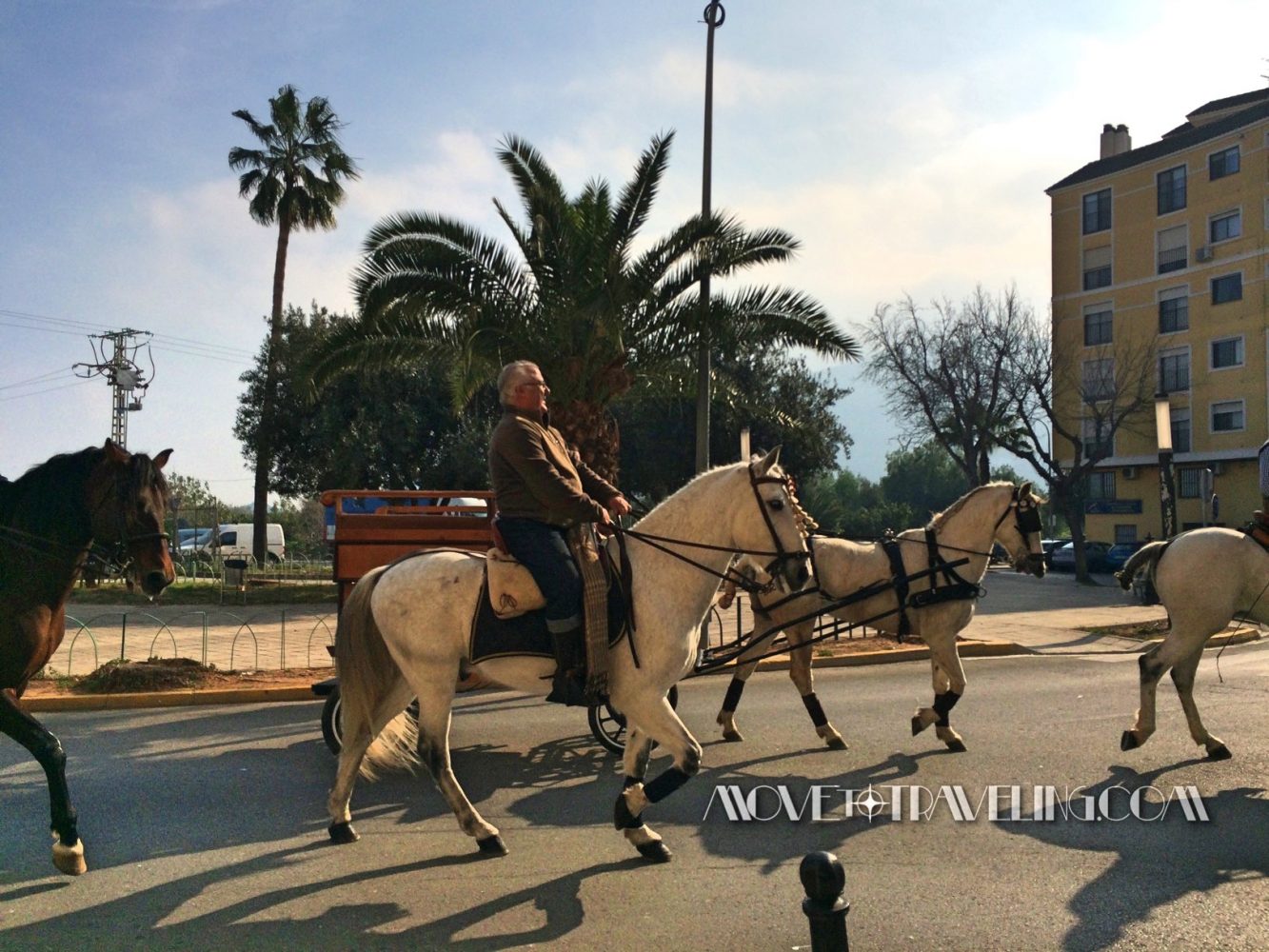